Ahead of our 2019 Effective Mobile Marketing Awards, staged in partnership with our headline partner Dynata, and our partners DAX and TabMo, we'll be previewing the nominees in each category, giving you a glimpse at the high quality of entries we've seen this year. In today’s preview, we look at the campaigns shortlisted for the Most Innovative Campaign Award. 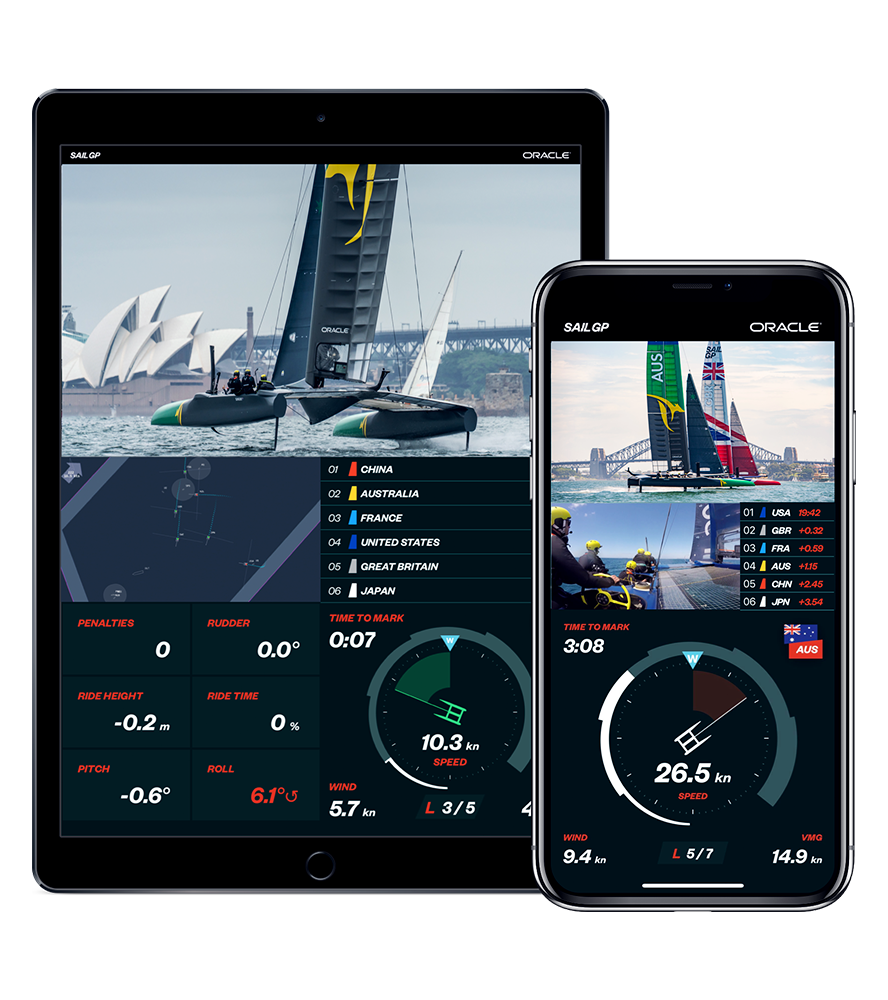 SailGP and Apadmi – The SailGP App
SailGP is a new global sports championship founded in 2018 by Larry Ellison and Sir Russell Coutts. It aims to redefine the sport of sailing. Teams from the US, Australia, China, France, Great Britain and Japan, compete in identical F50 hydrofoiling catamarans in five events. The first race of the inaugural season was in Sydney in February 2019.

The sport is built on cutting-edge innovation and technology. Over 1,200 data points on the boats and athletes deliver real-time data, enabling the teams’ strategists to make key decisions on the water, and the design team to continually evolve the boats off the water.

Apadmi’s brief was to match the innovation on the water with a second-screen app experience that allows SailGP to a capture a new global audience and put fans in control of the way they experience the race, streaming eight different video streams, in real time, from across the world.

The app draws on the data points to show boat speed, direction, wind speed, tack angle and much more, in a visually appealing, compelling way for the user. Users can choose an Advanced or Basic view. New fans saw simpler views, with educational visuals for all data points. Experts could configure the data dashboard they wanted and hone in on specific data from the boats.
With eight simultaneous video streams, fans can decide what they want to watch, though to make this possible, Apadmi had to navigate different broadcasting rights for different territories, and ensure that in each territory, the app correctly restricted feeds to those allowed by the broadcaster.

Fans at the event use the app as a complement to the live experience. Apadmi had to ensure very low latency so that what they see with the naked eye, they see on the device, as close to real time as possible. Working with SailGP’s official partner Oracle, it combined Oracle, LiveLine and Tata technology to make this happen.
On the first day of the first race in Sydney, the app attracted 3,600 users, growing to 20,000 by the second race. And Apadmi managed to successfully stream eight different video streams, in real time, from across the world – something that had never been done before.

Instead of promoting different movies via separate campaigns over a weekend, BookMyShow wanted to inform users about all the movies in their preferred language through a single campaign/ It also needed a way of promoting all the trending movies during the festive season and at times when multiple films are released at the same time, through a single Push notification. While this was fine for iPhone users, it was not possible on Android, as the Android notification tray does not provide a built-in feature of running carousel-based push notifications

To tackle the problem, BookMyShow developed a custom notification tray which could load multiple images and transition them within a pre-defined time. Using CleverTap’s psychographic segmentation capabilities, BookMyShow could further segment users based on their predominant interests, such as genre and language.

The campaigns using the custom notification tray delivered a 100 per cent increase in clickthrough rates compared to a regular campaign. Festive season campaigns saw a 3x increase in conversion rate.

CBBC, Havas Media and Venatus Media – CBBC Buzz App
CBBC set out to deliver a campaign that would generate awareness and excitement amongst their core audience of 6-12year olds. To do this, it had to reach them on the phones and tablets within the apps that they use the most. CBBC worked with Havas Media Group and Venatus Media to create and deliver a creative campaign across relevant kids gaming and entertainment apps.

They created a MRAID minigame in the form of an emoji-based quiz, ‘sticker name minigame’. Once the audience had finished the minigame, a call to action appeared inviting them to play more games like that on the Buzz app.

The engagement rate of the campaign was 31.52 per cent, exceeding the typical 20 per cent benchmark, while click through rates were 5.27 per cent. The campaign ‘overdelivered’ on impressions by 14 per cent.

Rakuten Viber – Viber World Cup 2018 Global Fans Challenge
Viber sought to harness the emotions that are present during the World Cup to create a way for fans to around the world to partake in the tournament. It combined sticker packs, Communities, and an integrated bot to reach a captive audience in an interactive way and enable fans to compete against one another.

The strategy was aimed at attracting the attention of sports fans through Viber sticker packs and branded Communities, both leading to Viber’s World Cup bot. 12 Communities were created worldwide by various sports brands and fan clubs aiming to connect, discuss, and engage with their audience.

Sprint – Sprint Complete
For the fiscal year 2018, the Sprint Handset Insurance Business was expected to decline by 5% due to a higher digital mix (lower sales rates) and a tired traditional brand. To reverse the decline, Sprint launched Sprint Complete and transformed the core proposition of an insurance offering, from a rare but significant negative event-based product to a positive one. It took away the fear of a cracked screens by introducing “no questions asked” $29 repair service. It also reduced the need for an expensive high-memory through the launch of an unlimited storage app for photos and videos. And it introduced one-touch access to a live, US-based technical expert that empathizes with customers and can help them with virtually all their mobile technical needs.

Sprint Complete was promoted in store and through telesales, and web channels including social media. In December 2018, paid social media ads on Facebook and Instagram delivered over 30m impressions in less than four weeks.

Ultimately, Sprint established brand equity by creating positive awareness, developing a brand personality and building a personal relationship with its customers by keeping true to its brand promise: “When life happens, we’ve got your back.”

The renovated Sprint Complete product won back customers’ hearts by helping them stay more productive and was regarded as one of the best radical product innovations in Sprint’s recent history. It sold better and displayed lower churn, despite a base migration to a $2 higher price point.

The Alchemist Group, William Grant and Sons and xDesign – The Alchemist Conjurer AR Cocktails
The aim of this campaign was to drive The Alchemist bar and restaurant guest experience – and sales of cocktails – by combining augmented reality, immersive experiences and animation to bring to life six cocktails, using the AR app to tell the story behind each one.

To unlock the stories, users had to open the app and focus their phone on an Alchemist coasters. The six cocktails included The Seaside Sour, inspired by nostalgic family trips to the seaside and The Peach IPA, designed to emulate that “first beer” experience.
Any guest who used the app to experience all six stories could unlock a secret seventh and obtain ‘The Alchemist’ status. Users could also share their experiences on social media, direct from the app.

The app was launched on the 5 March in The Alchemist St. Martins Lane in London and subsequently rolled out across the remaining 15 venues in the UK. At the time of submitting the entry, the app had been downloaded 4,950 time, with 4,100 cocktail sales attributed to the app.

The Effective Mobile Marketing Awards Ceremony takes place in London on 14 November. To book your place at this celebration of the best in mobile marketing, click here.