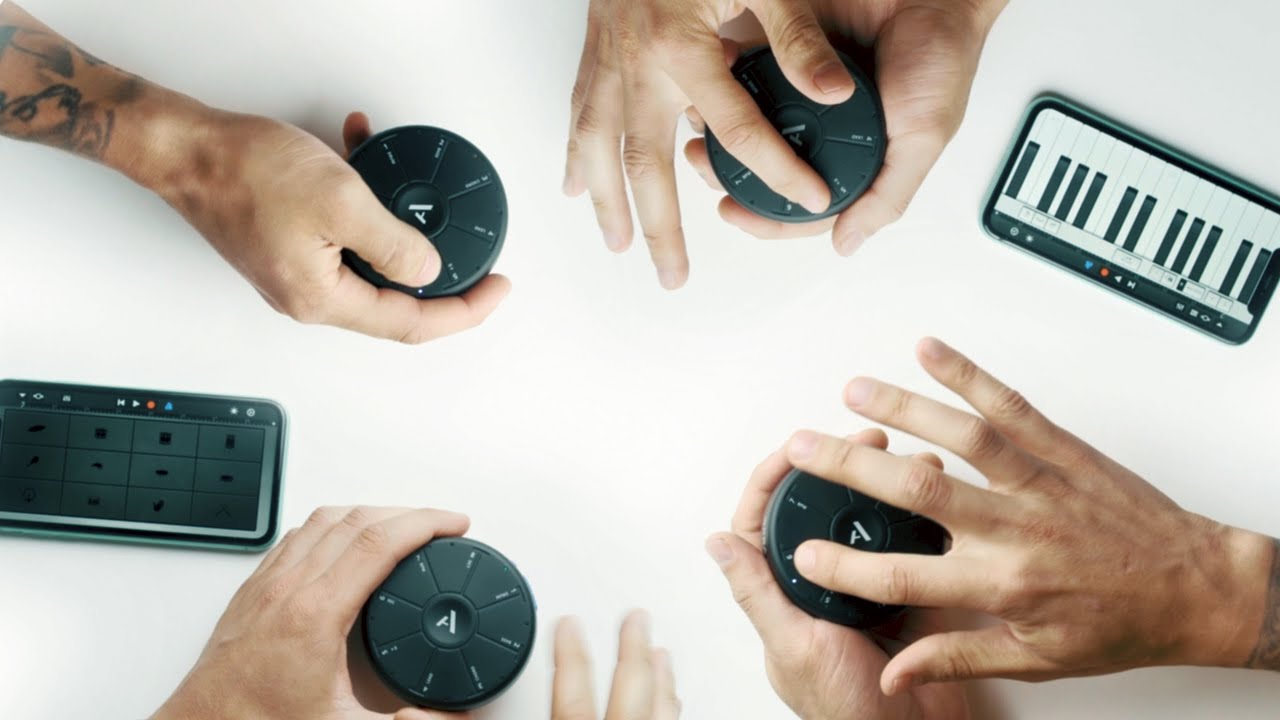 Most Effective Advertising Campaign
Artiphon and Nuuk – Orba: Make Music in Seconds
The aim of this campaign was to generate interest in, and sales of, Artiphon’s Orba music-making device, with social engagement a particular focus. Ads ran on Facebook, Instagram and on display via Google with lots of audience and creative testing in the early stages to work out what to optimise on. The creative tests ran for the first month, with the three best-performing ads chosen to run for the remainder of the campaign.

Judges’ View: “A great campaign across the entire funnel, including a first-class paid media campaign across channels that delivered great social media traction and ROI.”

Most Effective FMCG/CPG Campaign
Russian Standard Vodka, The Village Communications and TabMo – a Raise Your Standards in Vodka
The challenge here was to stand out in a cluttered UK vodka market. Awareness was outlined as one KPI for the campaign, as was ROI. This was measured via an integration with IRi, a market-leader in monitoring product sales across key retail outlets.

Ads ran across in-app and mobile web inventory with a full mix of mobile display formats, including high-impact full-screen units, plus engaging MPU and banners, using demographic, location, household and purchase data for targeting. The Midlands was chosen as a control area, not exposed to the campaign to assess the impact of the ads on those who saw them versus those who didn’t. The IRi study ran in the background while the campaign was live to monitor product sales across the supermarkets (Asda, Morrisons, Sainsbury’s, Tesco) where Russian Standard Vodka is sold.

The campaign delivered 70,000 clicks to a dedicated microsite: 70,000 and a sales increase of £172,500 at an ROI of £2.78. The IRi results showed that, from week one, stores within the target locations saw an increase in sales of Russian Standard products when compared to the control area of the Midlands. Increases continued throughout the campaign and beyond. The IRi data also showed that Russian Standard Vodka stole share of voice from almost all competitor brands, including Smirnoff, Absolut and JJ Whitley.

Judges’ View: “A well-thought through strategic approach, making sure to measure the goals set by tangible KPIs. A nice combination of partners too, and I really liked that success was measured against a control group.”

Most Innovative Campaign
Bruynzeel Keukens and Fingerspitz – Pinterest SEO: Inside the Black Box
As part of its SEO work for kitchen company Bruynzeel Keukens, Fingerspitz was tasked with optimising the firm’s Pinterest pages on a relatively small budget, with the aim of driving awareness.

It’s not an area that has had much attention and Pinterest does not have a keyword planner, so Fingerspitz turned to the autosuggest function in the search bar, and for each kitchen component category (kitchens, worktops, cabinets, taps etc.), copied the 50 associated terms from the top three most relevant keywords with the highest search volume. It then analysed the keywords using the Google Cloud Natural Language API, which helped the agency establish the dominance of adjectives, as opposed to verbs, on Pinterest. This finding led it to incorporate adjectives into the company name and description; board name and description; and the Pin name, description and tags. As part of the project, Fingerspitz also looked carefully at the classification of boards by category to ensure each board was correctly classified to attract the highest number of relevant viewers.

Comparing the performance of the site between 1 April – 18 August 2020 vs. 18 December 2019 – 31 March 2020, the campaign delivered a 47 per cent increase in impression, a 29 per cent increase in the total audience and a 64 per cent increase in engagement actions. And using a platform called BlueConic to tie-up online and offline behaviour, Fingerspitz established that the SEO enhancements on Pinterest drove 91 appointments, and 39 actual orders with an average order value of €10,500, at an ROI of 20.6x. Fantastic results.

Judges’ View: “This campaign demonstrates that sometimes small innovations can mean big wins. With a relatively small budget, they delivered incredible ROI and also uncovered an insight which will help to make the business more sustainable in the future.”

Most Effective International Campaign
Deutsche Telekom and Mindshare – What We Do Next
This was a big, big-budget campaign, designed to celebrate Gen Z’s activism and the positive contribution they make to society such as advocating gender equality, fighting for human rights, building businesses and campaigning for change, with their mobile often the key tool at their disposal.

It focused on six inspirational young talents picked by Deutsche Telekom (DT) to take part in the campaign, and featured a film titled ‘What We Do Next’ starring Billie Eilish that showcased Gen Z’s accomplishments. The campaign launched across nine markets on UN International Youth Day, an awareness day designated by the United Nations to call attention to youth issues worldwide. Billie shared the film with her 68m followers on Instagram and YouTube, while simultaneously, the six Gen Z influencers amplified the launch across their social accounts. The film was subsequently further shared organically by millions of viewers worldwide.
Subsequently, cut-down vignettes of the film were used target Gen Zers via paid social across Europe, supplemented by bespoke Instagram Stories and an exclusive video featuring Billie and the six influencers.

The second phase of the campaign launched on 2 September, when short videos spotlighting more inspirational Gen Z stories were rolled out across paid media. Finally, DT launched a fun AR filter challenge, encouraging the commitment of Gen Z to the building of a brighter future through small, everyday actions like sharing the work of LGBTQ+ artists, donating clothes to charity, or going vegan for a day with a friend.

The launch of the campaign brought about over 350 pieces of editorial coverage across Europe, with 100 per cent brand attribution and 97 per cent positive or neutral sentiment. Brand visibility more than tripled after the start of the campaign and Telekom Electronic Beats social channels saw a 14 per cent growth within Gen Z on its Instagram following and a 9 per cent growth on its YouTube channel.
Overall, the campaign generated over 1 billion impressions across paid and earned media, social media, online and PR internationally. The ‘What We Do Next’ film was viewed over 142m times, with a completion rate of 72 per cent

Most Effective Tech Platform
Yext – No Wrong Answers
Yext has always been about accurate, verified information. Its core platform enables retailers and other companies with multiple bricks and mortar locations to ensure that information relating to their location and opening times is accurately returned when people search for it across myriad search engines and platforms. No Wrong Answers is a more recent development, which aims to give brands control over what people see when they search for any information about the brand.

It was born out of the misinformation that runs rampant on the internet. More often than not, information surfaced on third-party sites is not verified by the brand and comes from unvalidated sources that serve up inaccurate or out-of-date information.

Yext Answers (the platform) and the No Wrong Answers campaign, aim to help businesses meet their customers at the moment they express intent in search, with information that comes straight from the source – the business itself. With the Yext Search Experience Cloud, businesses can create a custom knowledge graph, a database of facts structured for search and optimised for answering consumer questions. Drawing from a business’s knowledge graph, search engines are able to understand a business’s information, extract meaning, and more confidently surface it to searchers on more than 150 services including Google and Amazon Alexa.

The No Wrong Answers campaign launched in April 2020. Yext built a custom website, nowronganswers.com, where marketers could take part in the No Wrong Answers Challenge: an interactive quiz-like experience. A participant simply entered their company or organisation’s name and URL, and they were presented with the top 10 questions being asked about their brand online, followed by screenshots of how their website answers – or doesn’t answer – those questions. The participant then grades those answers as either “correct” or “wrong,” which generates a score and an overview of their website’s performance by Yext.

Armed with this information, brands could then avail of a 90-day trial of Yext Answers to integrate a powerful search engine into their website that uses Natural Language Processing (NLP) to understand complex questions, whether it is a query to a healthcare provider about the efficacy of hand sanitiser, an airline about their cancellation policies, or a grocery store about the availability of bottled water.
Organiszations that have bought into the power of the Yext Answers platform to date include the World Health Organisation, the State of New Jersey, Diageo and Specsavers.

Here’s what Kasia Rudnik, Director of eCommerce at The Langham Hotels and Resorts, says about the platform:"Yext is a mission-critical element of our digital strategy. We have to make sure that anything that goes out through third-party sites is 100 per cent accurate, but also representative of our brand in the same way that a physical interaction would be. Yext has given us visibility and control, allowed us to manage our reviews and provided rich content for our customers.”

Judges’ View: “Yext Answers does a great job in putting brands back in control. Misinformation is rife on the internet, this is a concerted attempt to put things right.”

Congratulations to all our 2021 winners. Stay tuned for the launch of the 2022 edition of the Effective Digital Marketing Awards in January.