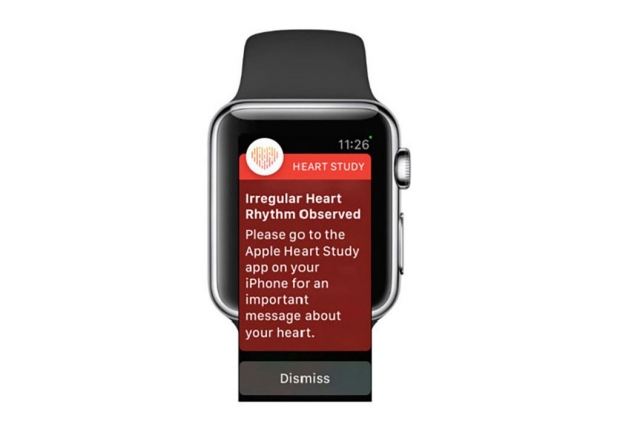 A study into cardiac health being carried out by Stanford University and Apple, using the Apple Watch to track wearers' heartbeat and other health metrics, has attracted over 400,000 participants. The study, which closed to new participants in August, has entered the "final phase of data collection" and is expected to be completed in early 2019.

"We hope this study will help us better understand how wearable technologies can inform precision health," said Dr Lloyd Minor, dean of the School of Medicine at Stanford University. "These new tools, which have the potential to predict, prevent and manage disease, are finally within our reach."

The primary focus of the study is to determine whether wearable technology can detect irregular heart rhythms which suggest atrial fibrillation, a heart-rhythm disorder that can increase the risk of stroke and heart failure. Because the symptoms are rarely detected by people with the problem, the condition often remains hidden until it results in major health problems.

"We are inspired by the overwhelming response to the Apple Heart Study," said Dr Sumbul Desai, vice president in Apple's health team. "Through the combined power of our participants, Apple Watch and Stanford Medicine, it's one of the largest and most novel atrial fibrillation studies to date."