Cars at a crossroads – Ford, BMW and more on the rise of the autonomous vehicle

Yesterday saw the Society of Motor Manufacturers and Traders (SMMT) hold their Connected conference, an opportunity for the automotive industry to take a look at the future of travel and work together to set out a map for the next generation of cars. Autonomous and connected vehicles were the hot topic of the day, with some of the world’s biggest automotive brands lining up to speak about the rise of the self-driving car.

As part of the conference, the SMMT released a new study examining people’s perception of self-driving vehicles, with 57 per cent of respondents expecting the rise of connected and autonomous vehicles (CAVs) to improve their quality of life. The survey, which interviewed 3,600 people, focused on the benefits that CAVs could bring to society’s most disadvantaged members, including people with disabilities, older people and young people.

“For disabled people, it will give them greater independence; for older people, it’s an increased opportunity to get out and socialise more,” said Mike Hawes, chief executive of the SMMT. “And interestingly, for young people, those that probably take most naturally to new technology, they see a real benefit in connected and autonomous vehicles, giving them greater access to education, greater mobility, which then offers them more choice in terms of employment. This will be a benefit that will help transform society.”

The study, which was carried out with Strategy&, calculated that up to 1m people could be given more access to further education thanks to CAVs. As well as private ownership, the rise of connected and autonomous cars could transform public transport, with 43 per cent of respondents citing the high cost and infrequency of public transport as problem.

A study carried out by the SMMT two years ago identified CAVs as a £51bn economic opportunity in the UK alone, not counting the environmental and safety benefits that the rise of the autonomous car could also have. Around 25,000 road accidents and 2,500 fatalities a year could be avoided thanks to improvements in collision avoidance technology and the drop in drink driving rates that CAVs will lead to.

Taking place the day after Article 50 was submitted, the conference was also a chance for the industry to address how Britain’s exit from the European Union could impact future development when it comes to connected and autonomous vehicles.

“The relationship we have with Europe, which is our biggest market, is vital,” said Hawes. “It is the source of a lot of our investment, it’s the source of a lot of the vehicles, about 70 per cent of the vehicles that we sell in the UK. But it’s also important as an export destination and in terms of regulation, which is an issue we’re going to address today as well.

“It’s obviously important that we do have a deal with Europe, because we do want to safeguard the competitiveness of the UK industry, and we’re doing so at a time when the UK industry is very successful in terms of new product development, in terms of production, and in terms of the new car market.

“There is a global shift taking place in these technologies. We need to ensure that data can flow freely, we need to make sure that the UK is seen as a destination of choice for investment in these sort of technologies, but also in terms of data, that it’s a safe haven, that there are the necessary regulations in place, and the necessary safeguards to ensure that data is protected, privacy is protected, yet the technology can flourish.”

“This industry is at a real crossroads at the moment,” said Dr Ian Robertson, board member at BMW. “It’s 100 years or so old, and because of the enablement of technology, we’re going to see changes right across the board in the next four or five years, so much so that every aspect of our business will be affected.

“Probably in the next five years, that technology will be robust enough to enable autonomous driving, and all of the things that comes with that. Of course, there are big issues for companies, there are big issues for society, there are huge issues for legislators, within that field, but I think the most encouraging part of it is that this is the change point. This, I think, will be the pivoting point. This will see one of the world’s greatest industries, an industry that is $2 trillion dollars’ worth, starting to transform in a way that has never happened before.” 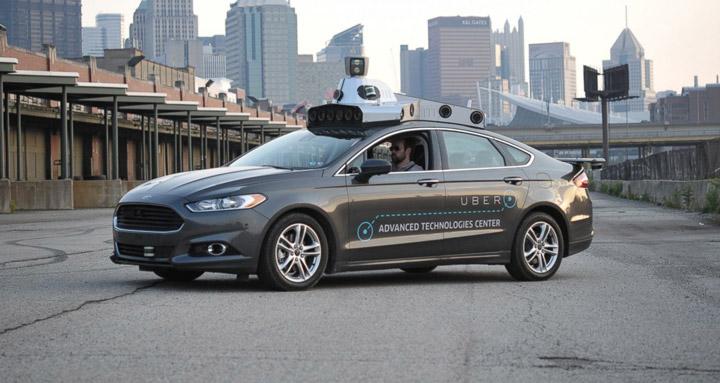 Dr Robertson also spoke about the way the ride-sharing services like Uber and Lyft could evolve as connected and autonomous vehicles become the norm, with differing models of ownership emerging where automotive firms lease cars for single journeys in the same way as taxis do now.

“I think we’re at a very early stage in sharing now,” said Robertson. “We have roughly 800,000 customers who are in what we call our ‘Drive Now, Reach Now’ program. They are customers that are using cars for up to 20 minutes a day. The business case is profitable with that amount of volume going through it, but honestly this is still in its very, very early phases.

“But I do think, and we always look to countries like China here, that there will be restrictions put in place that mean that cars with an individual on board will have restrictions going into cities on certain days, or maybe whole weeks, or certain areas, and so on and so forth. Sharing is going to be part of a business model in the future.”

Graham Hoare, director of global vehicle evaluations and verification for Ford Product Development also spoke about the impact that the rise of the CAV could have on urban areas in particular, with commercial vehicles in particular being transformed by innovations in the area, and a greater demand for autonomous vehicles capable of making that last mile of delivery journey with little to no human supervision.

“That’s really the other transformation that we’re going to see coming now, is that for every mile that’s travelled in the streets of London today by a person, there’s a mile travelled by a parcel,” said Hoare. “The Amazon effect, maybe, we call it, but the effect that we all want on-demand services. So what we’re going to see is that transformation getting stronger and stronger.

“Commercial vehicles are all about jobs to be done, they’re about productivity. So connected, for Ford, will be about how we address those jobs to be done, and make the people who drive those vehicles the most productive they can be, and that will be through connected services.

“And then thirdly, autonomy, and if you like, autonomy is productivity squared. It’s taking those world-class productivity elements of the jobs to be done, and creating a new way of delivering that, that doesn’t involve a human in every aspect along the way, setting those vehicles free, setting those people free, to add more value.

“We’re all, as manufacturers, using degrees of assistance on our products today. Driver assistance technologies are available on just about every car, so those steps are progressing across the board in the industry. For Ford, it’s very clear that the only way to fully automate a vehicle is to take the driver out of the loop, so that hand-back process, which can be a problem, isn’t a problem.

“Ford’s position is very clear: driver assistance technologies will come, they’ll supplement the vast majority of our vehicles, but ultimately autonomy is a different phase in the development of the product. We need to ensure that the safety of our customers, our drivers, and the people around the vehicles, is paramount.”