Case Study: Doritos uses location targeting to get the attention of 'hyperlifers' 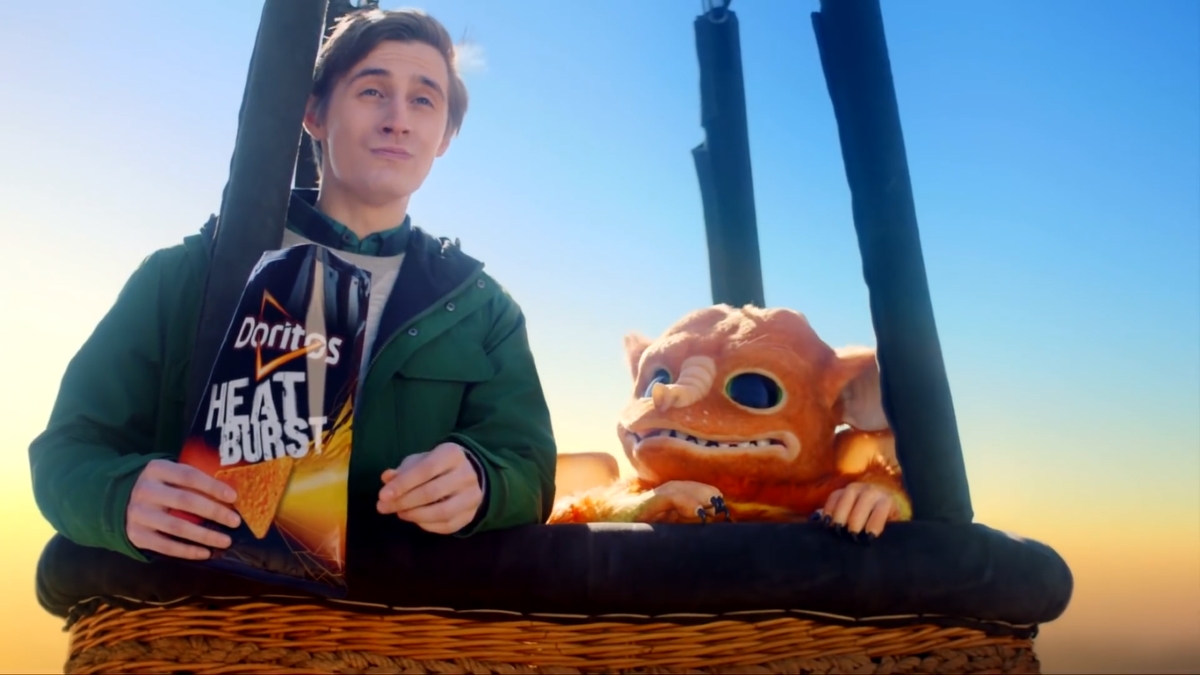 The Heartburst campaign, which ran from 4 to 21 March 2017, targeted ‘hyperlifers’ – 16 to 34-year old males and females with a passion for film, gaming, and sports. These people were identified via both their online and offline behaviours such as if they attended sports events, cinemas, and music gigs, or if they browsed gaming, sports, and online browsing culture sites and apps.

These people were then targeted in relevant environments where mobile video ads would have the most impact. To measure this, Blis geofenced all participating stores in order to track footfall, while also using a control group to understand the impact the campaign had on offline behaviour.

The main objectives of the campaign were to raise awareness of the Heatburst sharing pack amongst the target audience and drive footfall to stores stocking the product.

It was split into ‘tease’ and ‘fame’ functions. Firstly, audiences were ‘teased’ with a short video aimed at creating interest and curiosity toward Doritos. This was then followed up with them being ‘famed’ via a 10-second video encouraging to head to their local store.

Tease content was served to people using residential wi-fi during peaks of social and TV activity around music, film, and gaming, while fame content was delivered in proximity to participating stores.

Furthermore, cross device targeting was also implemented to reach and against hyperlifers across all screens found in the home, using those that had previously engaged with tease content.

To ensure people were targeted at the best possible time, Blis teamed up with moment marketing company TVTY to activate the campaign when relevant keywords and hashtags were trending on social media. Hashtags included #Heartburst, #SixNations, #BabyDragon, #HitmanXbox, #UEFA, and #Doritos.

To gain a clearer insight on the difference between purchase intent and an actual in-store purchase, Blis also enlisted the help of market research and analytics company IRI to measure sales data and ROI before, during, and after the campaign.

The campaign was found to drive an additional 13,533 hyperlifers to stores during the campaign and gave Doritos a ROI of £1.13 for the Heatburst product. It had a view through rate of 89 per cent with 2,529,384 video starts and 2,249,296 video completes.

Of the 670,938 unique devices that saw the Heatburst ad, 45,221 later entered a participating store – a footfall rate of 6.74 per cent and an uplift of 43 per cent against the control group. Once these hyperlifers were in store, there was a 13.3 per cent increase in sales of the Heartburst product with incremental sales of £67,703. On top of this, Doritos saw a 3.8 per cent in total sales, incremental sales increasing £266,122 yielding a ROI of £4.47.

Two weeks after the campaign, the Doritos Heatburst product saw a 6.2 per cent uplift with 42,827 incremental sales and a ROI of £0.71.

During the campaign, it was found that users exposed to social trend keywords around live shows were more likely to click through on video ads. This moment targeting delivered 1,012,454 impressions with a click through rate of 0.4 per cent.

The Doritos Heatburst campaign won the 'Most Effective Use of Video' award at our Effective Mobile Marketing Awards in 2017. The 2018 Awards open for entries from Monday 9 April.