How China is impacting the mobile industry

The Mobvista team look at the global impact China is having on the mobile app, advertising, and gaming worlds 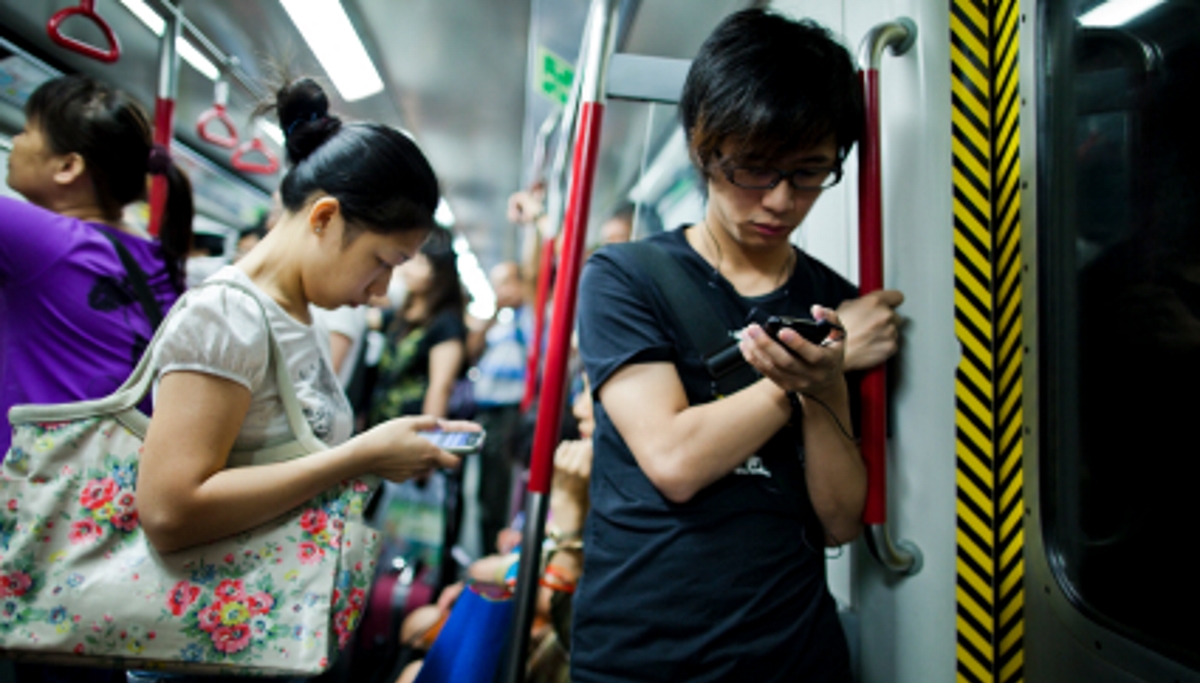 China is the biggest mobile market in the world. It boasts a domestic mobile market of 788m, making it bigger than the North American and European markets combined.

And with so many native mobile users in one place - and spending extensively through their devices - it’s no surprise that it is increasingly shaping the market.

“Since China is the most fast-growing market in the world and the domestic environment is becoming more uncertain and competitive, China-to-global is a very interesting trend,” says Clement Cao, co-founder, executive director and president of Mobvista.

Where though can we see the impact of China on the global market? Let’s take a tour through some of the most salient Chinese breakthroughs impacting the mobile app, advertising and gaming worlds.

TikTok's boom
Short video apps exploded in popularity in China and are now taking over the world. These apps allow you to upload short 15-second videos to share with the world.

Previously, the concept had a short-lived - and much loved - run out in the West under Twitter’s Vine brand. But it’s a Chinese short video platform that’s really made hay in the past 12 months.

TikTok is a short video app that encourages creators to fuse engaging video clips with music.

The app, which is known as Douyin in China, has had 300m monthly active users and 150m daily active users in its home territory - meaning that one in every ten Chinese people view content on the app every day.

But since it has spread West under the name TikTok, it’s popularity has exploded further. It recently surpassed 1bn installs worldwide and was recently reported as having up to 800m users a month.

And most importantly of all, it’s still growing. As users in the West understand its concept more with exposure to the platform through usage and ads across Youtube, TikTok looks set to become the first Chinese social network to establish itself as a truly global player.

The rise of Single's Day
If you’ve ever thought that the sales numbers achieved on Black Friday are a big deal, you’re going to need to brace yourself to see the mind-boggling numbers achieved during China’s Singles’ Day.

What started as an anti-Valentine’s Day celebration in the 1990s has become the biggest discount sale in the world.

This is important for mobile businesses for two reasons. First, in terms of what’s happening in China, a lot of these sales were made via mobile devices. In 2018 85.2 per cent of payments are made via a mobile device, according to iResearch and WalktheChat, suggesting that mobile devices are a key component of the Single’s Day appeal.

Second, and arguably, more importantly, Single’s Day also has the potential for global appeal. While Black Friday hangs onto the coattails of the relatively restricted Thanksgiving, Single’s Day could - easily - be adopted everywhere.

This would help open up a new sale and event opportunity for companies around the world.

The mobile manufacturer takeover
Until recently, Apple and Samsung had a relatively unrivalled hold over the global device market. But both of their positions are under threat from Chinese manufacturers who are sweeping the world.

According to Newzoo, Chinese phone manufacturers account for over one-third of the overall handset market. More than 1.2bn of the world’s active smartphones in September 2018 originated from China as the likes of Huawei, Xiaomi and Oppo have spread across the world.

Importantly, Chinese handsets do not scrimp on quality. While most Chinese handsets are affordably priced, devices such as the Oppo R9s offer specs comparable to the highest end Western devices.

This has resulted in Chinese manufactured devices spreading to users across Europe, the US, into India and South America - challenging the Samsung and Apple status quo.

The Chinese video game market is the biggest in the world, with Newzoo estimating that it generated over $35bn in digital revenues in 2018 alone in its global games market report.

But while plenty of money is being raised in China’s consumer market, much of that cash is having an additional impact around the world. Namely, it’s being invested into Western video game companies.

For example, Tencent is investing heavily in the western game space. From mobile games maker, Supercell, to Fortnite developer, Epic Games, a whole 30-40 per cent of Tencent’s investments are outside of China. They are in talks with Rovio Entertainment, developer of Angry Birds, own a fraction of Frontier Developments, and even Ubisoft.

Yet they’re not the only ones doing so. Jagex is partly owned by a Chinese company; Outfit 7 has backing from another Chinese conglomerate; Netease has made significant progress in funding games like Overwatch in China.

Unsurprisingly, this has led to a shift in where consumer revenue is generated. According to App Annie’s research into the mobile games market, companies headquartered in China rake in 32 per cent of the total global consumer spend while the United States and Japan trail behind at 22 per cent and 21 per cent respectively.

This shows that China is bank-rolling much of the global video games business, giving it additional global relevance.

The rise of mini-programs
There is one trend that has developed in China that has not fully spread West yet.

Mini-programs are little downloadable apps that run inside another much larger app. Instead of having a dedicated app to buy your groceries or book a taxi, they’re all contained inside a larger app like WeChat - reducing the number of apps you need to install without reducing functionality on your phone.

The mini-program has taken China by storm. WeChat mini-programs serve 200m daily users. In other words, a quarter of the Chinese online population uses WeChat’s mini-programs every day.

And while there isn’t a direct Western equivalent yet, Facebook’s Instant Games could be a good example of how global culture is influenced by Chinese trends.

One of the major drivers of mini-programs in China was hyper-casual games, with 42 per cent of mini-programs fitting that description. So with Facebook Instant Games offering a similarly streamlined gaming experience directly within Facebook itself, it wouldn’t be surprising to see Western social networks experiment with their own iteration of the mini-program experience.

Loot box trendsetter
Loot boxes are a monetisation mechanic which allows players to pay a small fee for a random assortment of cards, cosmetic items or other in game items. According to Newzoo, loot boxes made the games industry more than $130bn a year.

However, loot boxes are coming under pressure from gambling regulators around the world. And it’s clear that China led the way on this front.

In May 2017 China hit loot boxes with heavy regulation. While not outright banned, companies who use these mechanics have to demonstrate that content which has been obtained via loot boxes can be done so in other ways.

They also have to prove that the game items can’t be used on gambling sites and state publicly the probabilities by which rare items can be unlocked when purchasing a loot box.

This was one of the first instances of loot box regulation in the world. Since then, companies such as Belgium have banned them outright while other national authorities have explored their overlap with gambling.

This is not necessarily a good thing for the video games industry. But it shows once again how China influences the global mobile industry - for better or worse.

China is setting trends in the mobile space and it is incredibly important for players in the mobile market to understand this market leader. This means it has never been more important - in the words of Cao - for businesses “to be the ‘Bridge’ between eastern and western market, and be the connector and booster of globalisation”.

The Chinese market is fast becoming the most influential in the world. The sooner businesses realise this, harness the fact and adapt their practices to suit the habits that Chinese companies pioneer, they stand to benefit in the long run.