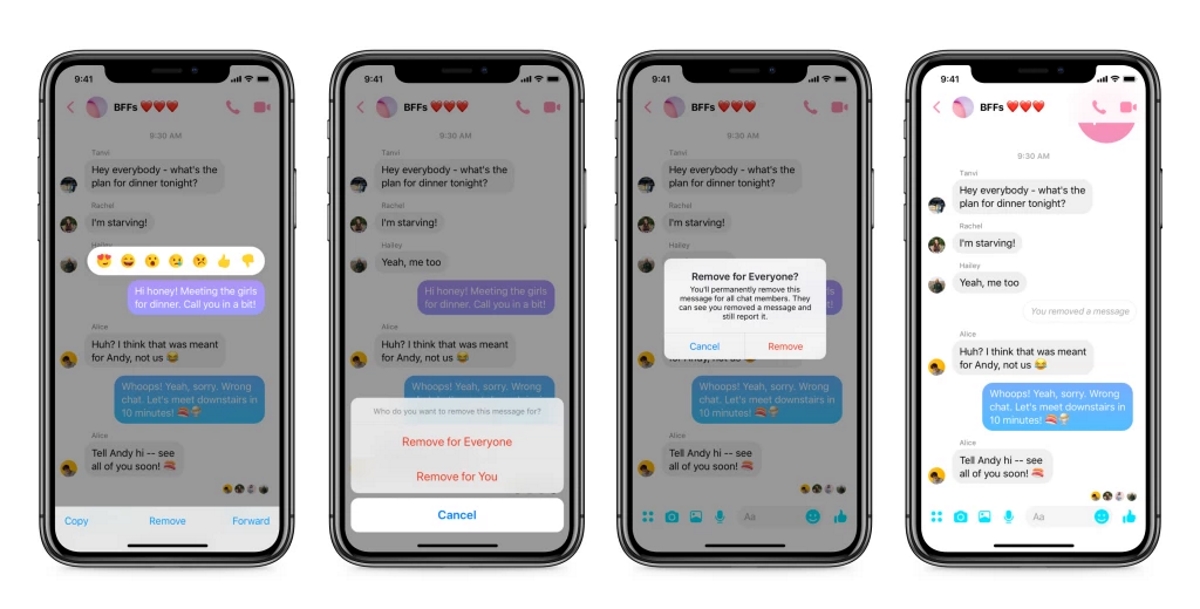 Facebook has finally introduced its long-promised ‘unsend’ feature to Messenger, giving users the ability to delete messages sent in one-on-one or group conversations for up to 10 minutes after they’ve been sent. This follows months of testing the feature in Bolivia, Colombia, Lithuania, and Poland.

To delete a message, users have to tap on it and select the option to ‘Remove for Everyone’. Once a message has been removed, all other chat participants will be notified that a message has been deleted by the sender – very much the same as the way it works on the Facebook’s apps, WhatsApp and Instagram. The feature has been made available for Messenger users all around the world on both Android and iOS. Users can still remove messages just for themselves by tapping the ‘Remove for You’ button instead.

Facebook begun working on the feature last year when a report from TechCrunch revealed that CEO Mark Zuckerberg and other company executives had the ability to delete messages that they had sent to users whenever they pleased. The company claimed that the feature had been added to ensure security after Sony Pictures emails were hacked in 2014.

Of course, even with the new feature, users don’t have the several years of leeway that Facebook’s executives were found to have when it came to deleting their messages.