Android Pay, Google Wallet get the chop in favour of Google Pay 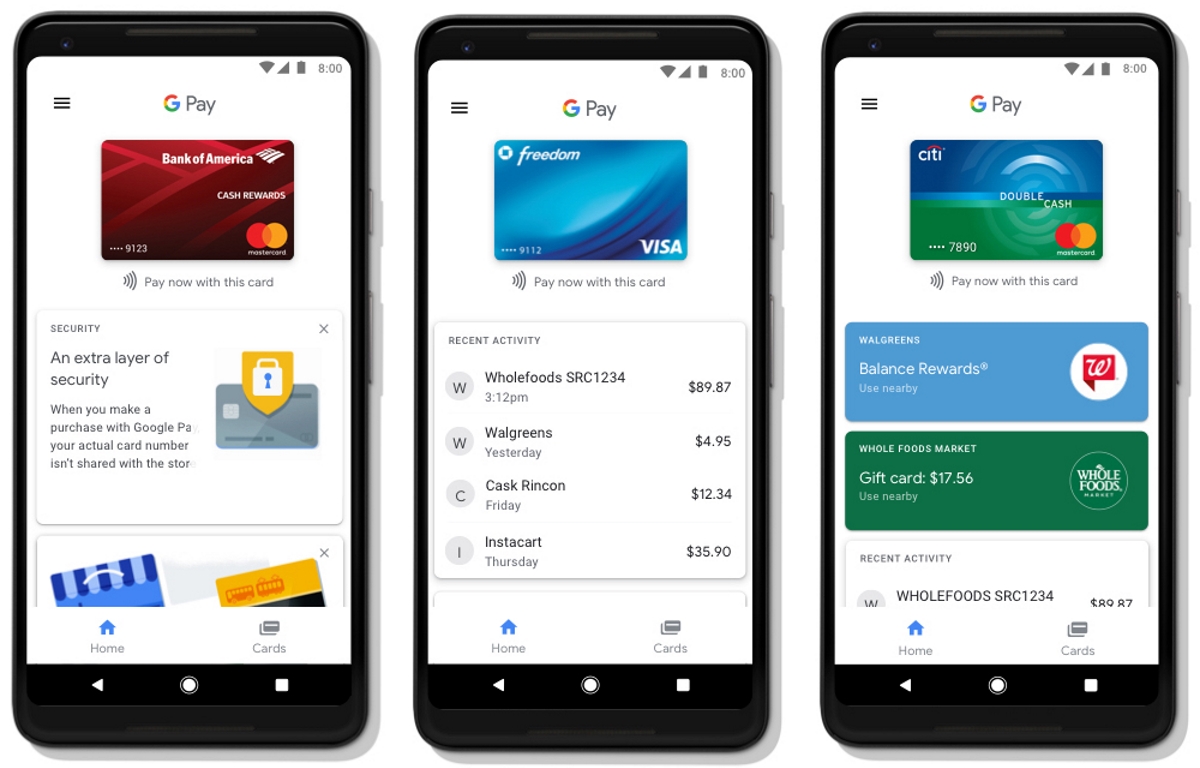 Google has begun rolling out its united payments platform, which brings Android Pay and Google Wallet together under one brand.

Google Pay has replaced Android Pay and still does everything the previous app did. It sees the addition of a ‘Home’ tab, which shows the user their recent purchases, helps them find nearby stores, gives them access to rewards, and provides tips. Meanwhile, the ‘Cards’ tab is where the user’s credit and debit cards are stored, along with their loyalty programs, offers, and gift cards.

Despite bringing its two payment services closer together, Google Wallet isn’t actually included in Google Pay for the time being. Instead, the service has now become Google Pay Send in order to maintain the unified brand identity.

In the US and the UK, Google Pay and Google Pay Send will completely merge ‘within the next few months’, when the ability to send and request money comes to the former.