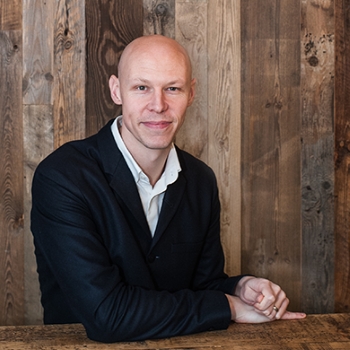 Two months’ ago, a report from the Internet Advertising Bureau (IAB) UK and PricewaterhouseCoopers (PwC) showed 51 per cent of digital ad spend was accounted for by smartphones in 2018 – the first time ever that more was spent on mobile than desktop.

This news gave the industry what it had been talking about for many years. The ‘Year of the Mobile’ was finally here. Maybe. Or did it already happen? Who knows?

“I think I would go further and say it was the year of mobile advertising in the UK,” James Chandler, chief marketing officer at IAB UK, told Mobile Marketing at the trade association’s Engage event. “It’s got us into a nice platform to think about ‘well, if we’ve made it, how do we think about it now?’”

It’s that thinking where the difficulty lies. We know that mobile is everywhere and even the things we define as being associated with mobile has changed drastically over the last few years. There are now so many devices with some sort of link to mobile, so it makes you wonder, at least from a hardware point of view, if the recent declines in smartphone numbers could turn into an avalanche over the next five to ten years.

“There’s two schools of thought. There’s one which is it becomes the remote control to your life, which I think that’s where I’m at now. I can look at my Nest cam, I can adjust the temperature, I can unlock my car with it – so, it is like the remote control to my life… I think the best wearables will start to sieve out some of the stuff I use my smartphone for. If you nail smart glasses, then that for me is that I don’t need to carry a phone.

“However, from a spend point of view, if you want to reach people, loads of them have got mobile phones in their pocket. It’s the easiest it’s ever been to reach people – not relying on them being in front of the TV or picking up a newspaper.”

So, we know the ad spend on mobile will still be there for the foreseeable future. But how do you actually decide what constitutes being ‘mobile’? It’s important to note that the IAB UK/PwC report looks solely at mobile ad spend in terms of smartphones, but does that really do enough? Would using the smart functions in your car, completely unconnected to your handset, still be considered mobile?

“I don’t think it is mobile. But I think if you define ‘mobility’ as the internet, untethered and everywhere you go, it becomes a catch-all for all that stuff. You’re right, is my car just a giant mobile phone because it’s connected to the internet? Probably not. But it is sort of like the premise of walking around with something that is connected. So, I think mobility is a slightly wanky term to use but you have to think of mobile as the device and mobility as the behaviour and everything else,” says Chandler.

“We defined it as smartphone and desktop in the report. But it’s the chart that anyone who’s not in digital hates, because there’s a bit of telly in there, there are a load of news brands in there. When we look to the future, do you put digital outdoor in the digital pot or the outdoor pot. Similarly, cinema is delivered digitally not analogue, so what do you do with that? It’s more a conundrum of how you do the maths than anything else.

“If you look at our outlook on the world, we’re massively excited because everything is becoming digital… We just need to tighten up what the definitions are.”

Of course, what we define as ‘digital’ or ‘mobile’ probably isn’t the biggest issue for the industry and you have to question whether you can get truly excited by the growth in digital ad spend and the rise of mobile beyond desktop.

The industry is marred by issues surrounding ad fraud, brand safety, and transparency. So, do reports like the IAB UK/PwC digital ad spend report continue to serve its purpose?

“Now that digital is the biggest sector for ad investment, the purpose of the ad spend report has changed and we’re spending a lot of time thinking about what that means and how it feeds into all of the work that IAB UK do,” says Chandler.

“While the report continues to be a valuable bank of evidence for how the industry is evolving, it’s not a silver-bullet or cure-all when it comes to addressing industry issues. It’s not been designed for that purpose. But it does help to inform and support a lot of the valuable and less visible work that IAB UK are doing with government and the industry to address ad fraud, brand safety and content verification.”

Despite the report not directly addressing the industry’s issues, Chandler acknowledges that there is a huge need to “sort out brand safety, ad fraud, and the user experience” and pledges that the IAB UK will continue to work with the wider industry “in the background” to address this.

“While ad spend is a great way to track, promote and celebrate the strength of the digital ad industry, it has to go hand-in-hand with the constant below the radar work we are doing to build a sustainable future for digital advertising,” Chandler concludes.