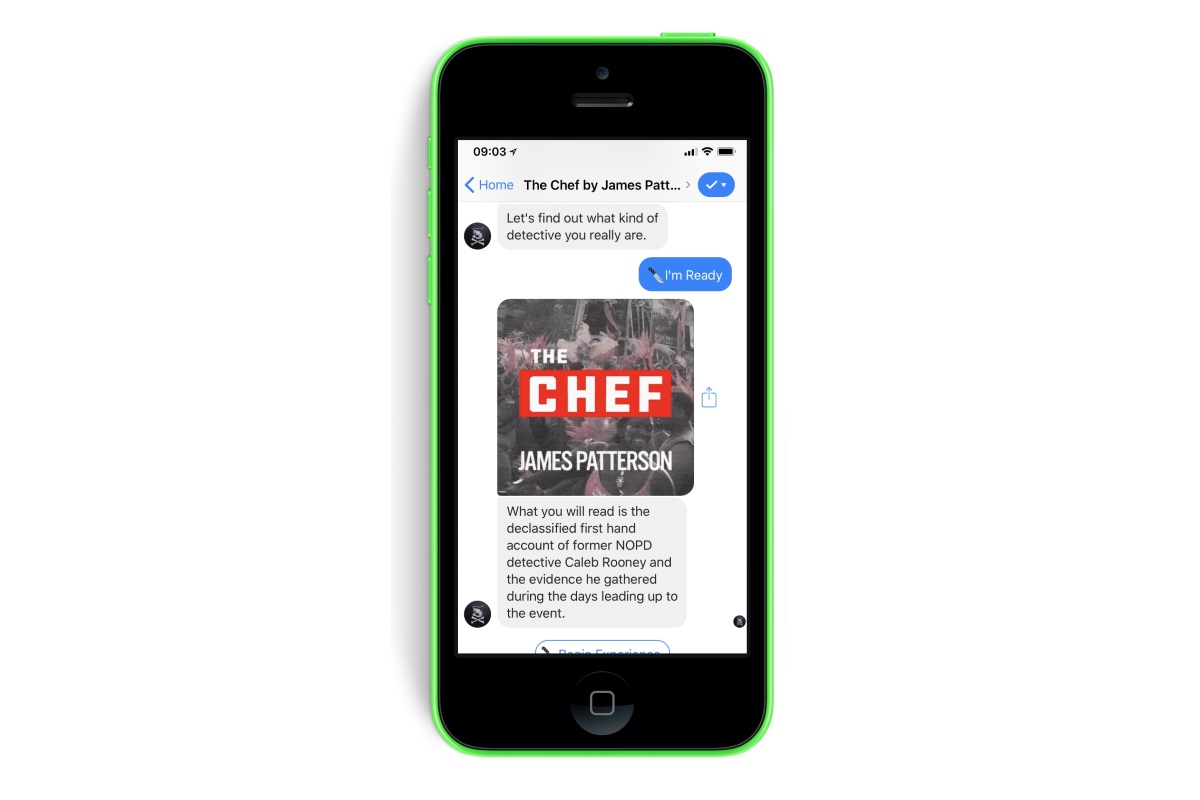 James Patterson, one of the world's top-selling authors, has partnered with Facebook to release his latest novel, The Chef, via the company's Messenger platform. The book, which is not available in print until February 2019, has been transformed into an immersive reading experience with interactive elements.

The short story follows Caleb Rooney, a New Orleans police detective who operates a food truck at night. Rooney is accused of murder and must prove his innocence. The novel is formatted as a series of text messages, and using Messenger, this format has been expanded to include video, audio, photos and documents. Rooney and other characters in the book even have Instagram accounts, enable fans to interact with them and deepening the world of the book.

Speaking to Cheddar, Patterson called the project a "bookie - it's a book meets a movie. There's a lot of text, and then video." Patterson was an early pioneer in eBooks, and as a result was the first person to sell 1m copies in the format, and has also experimented with selling short fiction and novellas in $4 (£3.08) formats.

Readers can access the book for free by sending a message to 'The Chef by James Patterson' on Messenger, which triggers the beginning of the interactive experience.