Lawmakers slam Zuckerberg for failure to appear for questions 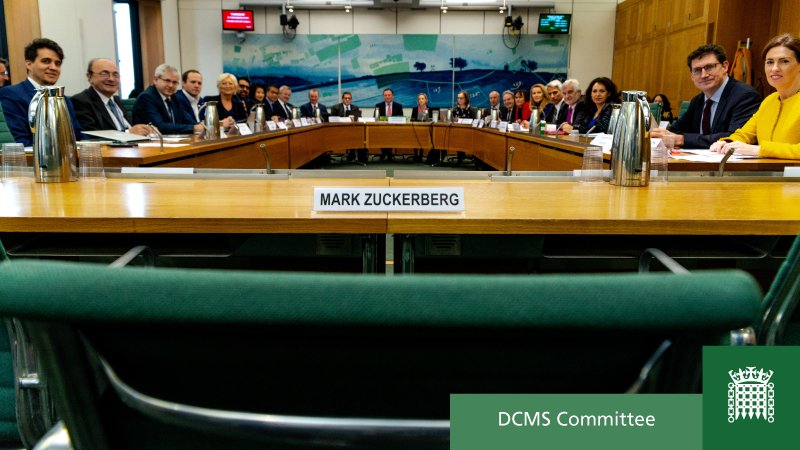 Legislators from several countries have criticised Facebook and CEO Mark Zuckerberg for declining to answer questions about the social network's effect on democratic institutions. A special international hearing was held at the UK's Houses of Parliament, with a chair left symbolically empty for Zuckerberg.

The hearing builds on existing investigations into Facebook's work with Cambridge Analytica and the impact the two had on the 2016 US Presidential election, the UK referendum on leaving the EU and other political campaigns. The role of political advertising, the possibility of foreign interference in democratic votes and concerns about Facebook's data practices and policies were all discussed by regulators and lawmakers from the UK, Europe and beyond.

"We've never seen anything quite like Facebook, where, while we were playing on our phones and apps, our democratic institutions...seem to have been upended by frat-boy billionaires from California," said Charlie Angus, a Canadian MP speaking at the hearing. "Mr Zuckerberg's decision not to appear here at Westminster to me speaks volumes."

Facebook was present in the form of Richard Allan, vice president of policy solutions. He admitted that the firm had made some mistakes, and agreed that it had "damaged public trust through some of the actions we've taken."

All together, 24 representatives from nine countries including Brazil, Canada, France, Ireland and Singapore gathered for the special hearing. The gathering came just days after the UK Parliament used its legal powers to seize internal Facebook documents from US software company Six4Three.

While the documents have not been released to the public, Damian Collins MP, chair of the culture, media and sport select committee, did refer to one item in the documents that reportedly proves a Facebook engineer "notified the company in October 2014 that entities with Russian IP addresses have been using a Pinterest API key to pull over 3bn data points a day." Allan responded that the documents were "a partial set of information" and any information contained was "at best partial and at worst potentially misleading".

"How automation can liberate digital marketing. Paul H. Müller, co-founder and CTO at @adjustcom, explains the benef… https://t.co/8oMITz0aNE"
2 hours ago
"Brands look for new ways to survive and thrive. Our friends at @masterclassing & @Mapp_Digital are bringing a new w… https://t.co/5TN9uPiD5i"
4 hours ago
".@EE offers free unlimited data to NHS workers for six months. https://t.co/mB97D10bFa"
4 hours ago