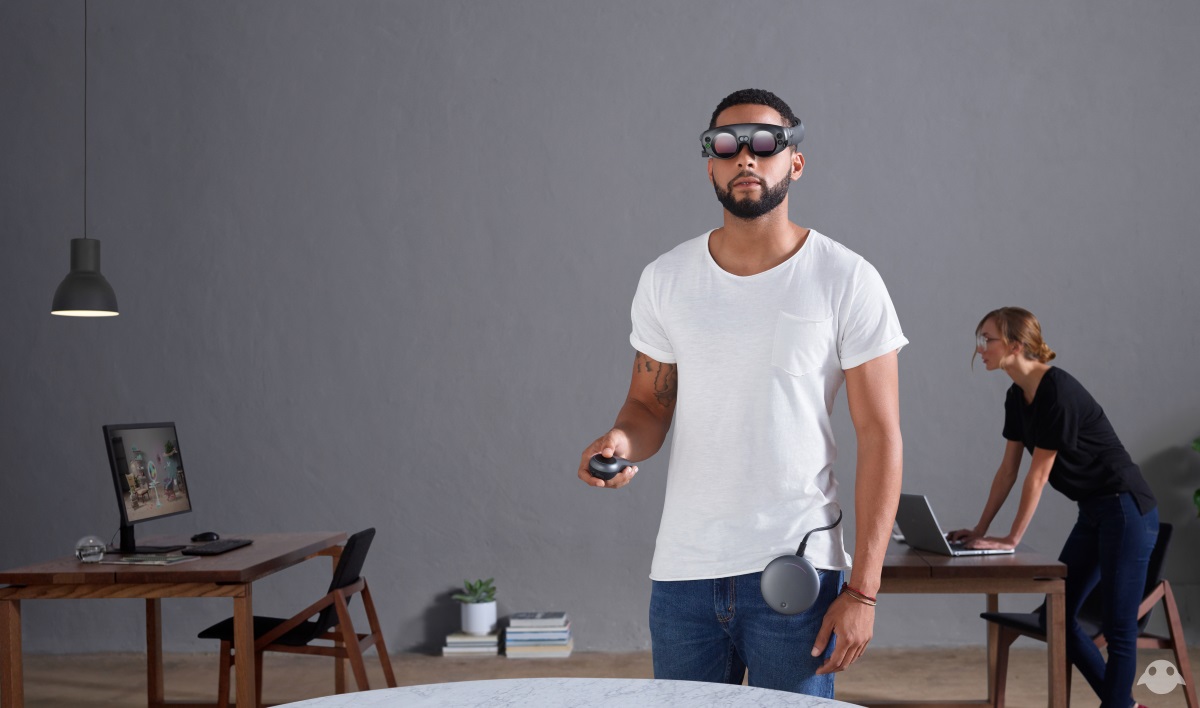 After years of secrecy, rumours and hushed whispers of game-changing technology, augmented reality startup Magic Leap has finally shared a first look at a developer-focused edition of its AR headset and the technology used to power it.

The Magic Leap One 'Creator's Edition' will ship in 2018, and while no details on the price of the unit, or whether we can expect a consumer model to follow have yet emerged, the company has shared some details of what exactly its creation consists of.

The Creator's Edition is made up of three pieces of hardware: the Lightwear, a headset that utilises the company's 'Digital Lightfield' display technology as well as multiple integrated sensors for spatial information; the Lightpack, a belt-worn circular processor that connects to the headset and powers it; and the Control, a handheld controller that enables users to navigate and make selections in the virtual world.

As well as a physical product, Magic Leap will be releasing an SDK for its platform in early 2018. The company originally promised that a software development kit would be available to developers in 2015, but this never materialised. However, given the reveal of hardware, its likely that the new date is far more concrete.

In an interview with Rolling Stone magazine, Magic Leap founder Rony Abovitz has said that he hopes that the technology will help solve the issue of discomfort around virtual reality and enable people to build computing into something that can be used all day, every day and at all times.

"That's the ambitious goal," said Abovitz. "It'll take time to get there. But part of all day is that you need something that is light and comfortable. It has to fit you like socks and shoes have to fit you. It has to be really well tuned for your face, well tuned for your body. And I think a fundamental part of all day is the signal has to be very compatible with you."

Given the amount of money that's been invested by big name firms in Magic Leap ($1.6bn [£1.19bn] to date) and the hyperbole we've heard from those who have glimpsed the technology in action, it's exciting to finally see evidence of what the firm has been working on, but we'll have to wait a little while longer at least before we can all get our hands on it.