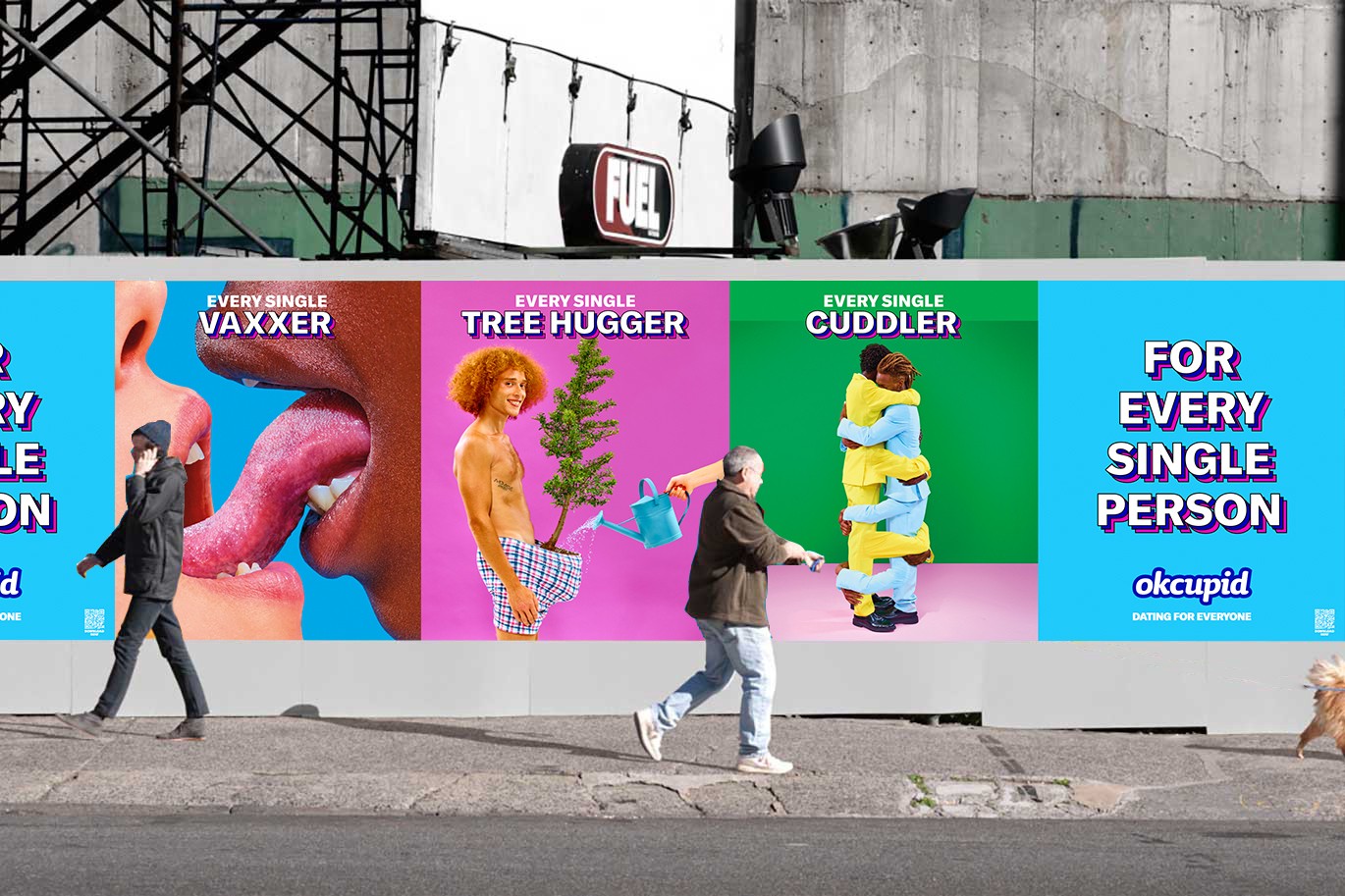 Dating app, OkCupid has teamed up with creative agency, Mekanism to release a campaign celebrating 'Every Single Person'.

OkCupid was the first dating app to offer users a range of gender and sexuality selections – including 22 gender identities and 20 orientations – as well as the first to implement a profile section to include user pronouns.

The data also shows that OkCupid daters care more about matching on societal, political, and social issues and interests than ever before, with nine out of 10 users stating its important that their match cares about the environment and 70 per cent of users say they either have or are getting the COVID-19 vaccination.