Puma takes on Nike with its own self-lacing shoes 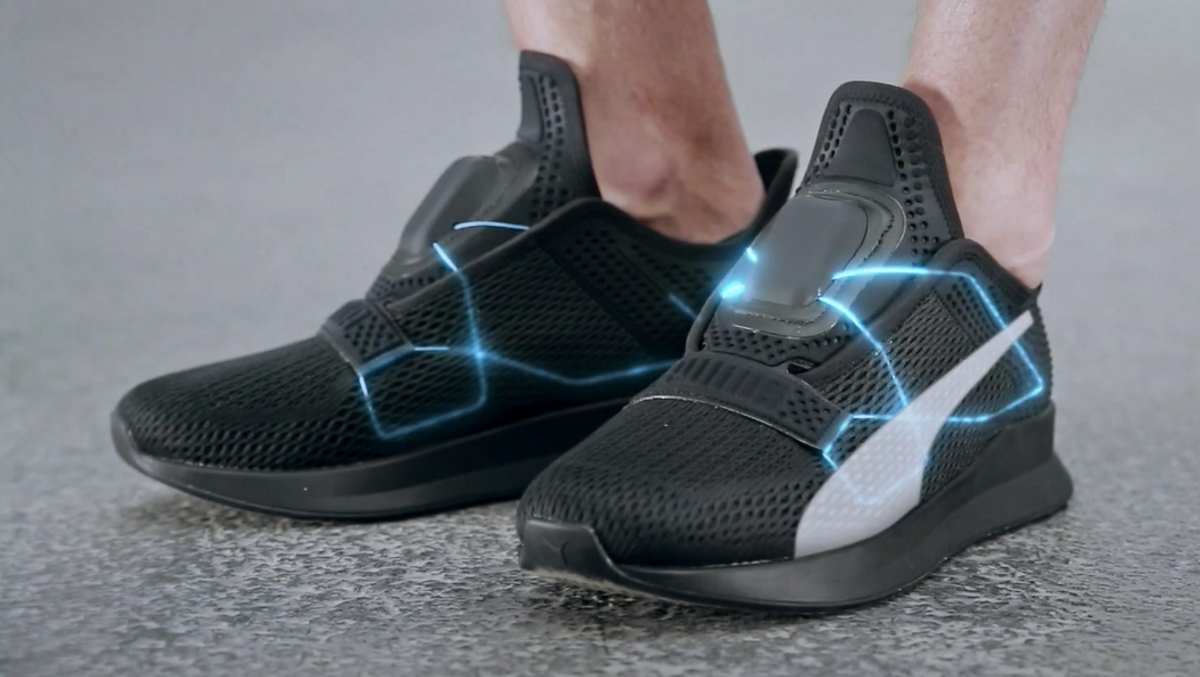 Puma has unveiled self-lacing trainers designed for workouts and light running, which can be monitored, adjusted, and finetuned via a smartphone.

The German sports company’s take on self-lacing footwear comes two weeks after Nike showed off the second generation of its own self-lacing trainers – the entirely smartphone-controlled Nike Adapt BB basketball shoe. Puma’s version features ‘Fit Intelligence’ (Fi) technology, which uses a micromotor to power a cable system that laces the shoe through swiping up on down on the Fi module.

The workout shoe, which was introduced at a reveal even in Hong Kong, learns the shape of each of the user’s feet and adapts fit. This can also be adjusted using the companion smartphone app or by connecting it to an Apple Watch.

“We have created a product that speaks to the future of sport which is life in motion. It’s fast and changing all the time,” said Charles Johnson, global director of innovation at Puma.