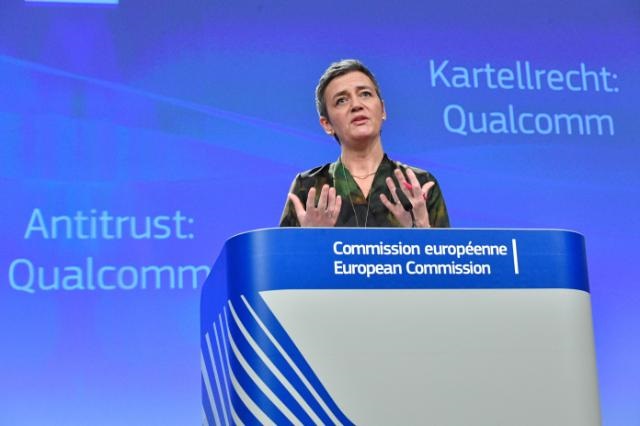 Chip manufacturer Qualcomm has been the biggest player for a while when it comes to making the LTE chipsets found in many smartphones, thanks in large to its long-standing relationship with Apple. However, that status has received a heavy blow in the form of a €997m (£869m) fine from the European Commission, which ruled that the company abused its market position between 2011 and 2016.

The investigation by the Competition Commission focused on Qualcomm’s relationship with Apple during the period, and found that the firm had effectively locked out other challengers from the market, denying consumers both choice and innovation. The violation of the EU’s antitrust rules resulted in a fine equivalent to 4.9 per cent of the company’s 2017 revenues.

“Qualcomm illegally shut out rivals from the market for LTE baseband chipsets for over five years, thereby cementing its market dominance,” said Competition Commissioner Margrethe Vestager in a statement on the decision. “Qualcomm paid billions of US dollars to a key customer, Apple, so that it would not buy from rivals. These payments were not just reductions in price – they were made on the condition that Apple would exclusively use Qualcomm’s baseband chipsets in all its iPhones and iPads.”

Qualcomm has said that it plans to appeal the case, and has said that the decision does not relate to its licensing business, and has no impact on ongoing operations. However, the result could affect the firm’s current deal with Broadcom, which is trying to purchase Qualcomm for $130bn (£91bn), an acquisition that partners like Microsoft and Google are currently opposed to.

“We are confident this agreement did not violate EU competition rules or adversely affect market competition or European consumers,” said Don Rosenberg, executive vice president and general counsel of Qualcomm. “We have a strong case for judicial review and we will immediately commence that process.”

Intel, which was one of the big losers when it came to Apple’s arrangement with Qualcomm, is now also providing chipsets for iPhones, but some tests appear to show that iPhones running on Intel’s chips are performing slower than versions using Qualcomm’s, which could prove to be grounds for an appeal further down the line.

However, this isn’t the first time Qualcomm has been in hot water over antitrust violations and anticompetitive practices. As the world’s largest LTE supplier, it is a common target for regulators looking into abuses of market dominance, and just over a year ago, the firm was fined $854m in South Korea, where it was forcing vendors to pay royalties on its patents.