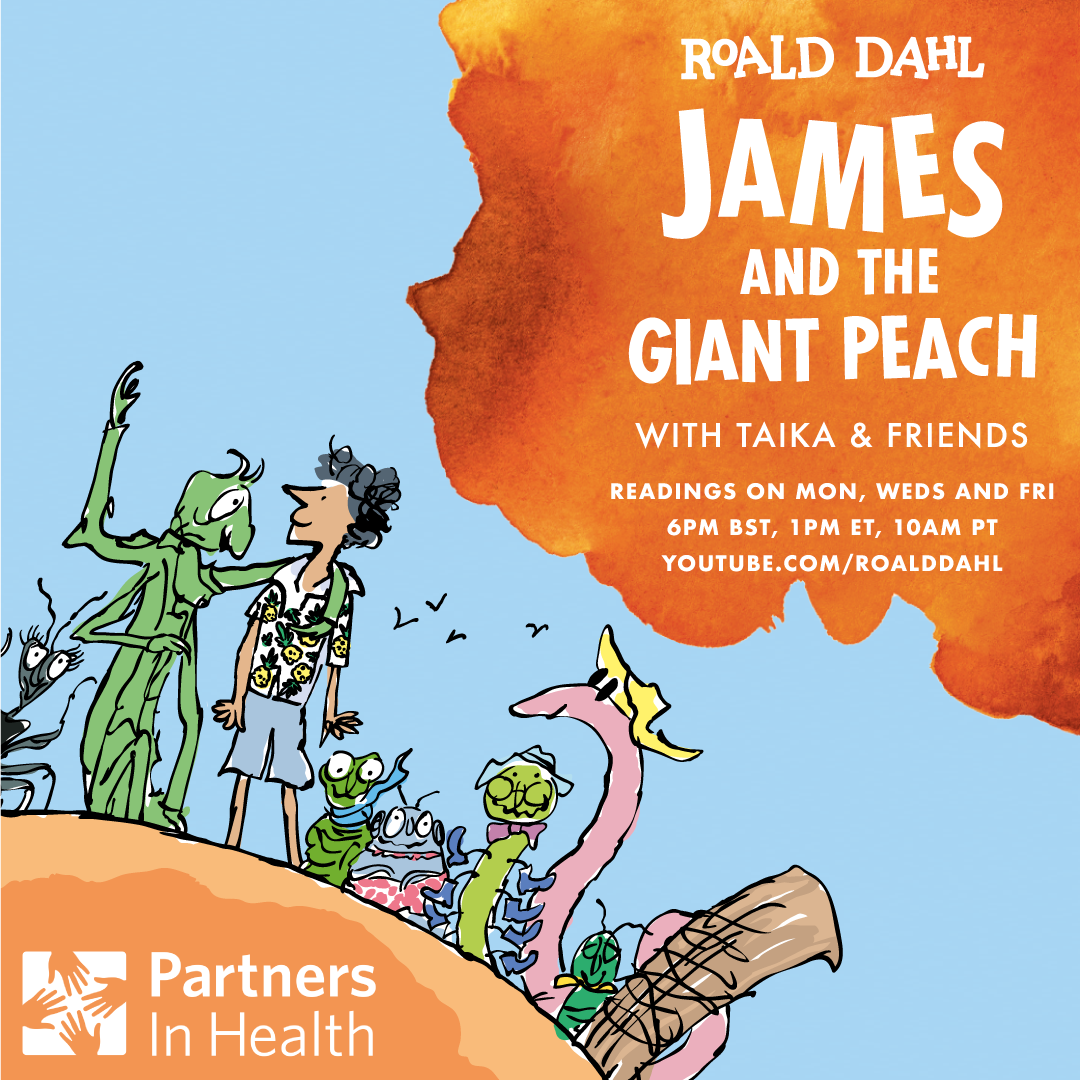 The first two episodes of James and the Giant Peach, with Taika and Friends, are available globally now, featuring Meryl Streep, Benedict Cumberbatch, Nick Kroll, and brothers Chris and Liam Hemsworth reading portions of the book from their homes.

New episodes will be published every Monday, Wednesday and Friday, and viewers can expect appearances from a host of collaborators, with big names from the worlds of film, television, fashion and music coming together to perform each section of the tale. The line-up of readers has over 40 Emmys, Grammys, Oscars and Tony award wins between them.

Overall, the Roald Dahl Story Company will be donating over £1m to charities impacted by COVID-19, including Roald Dahl’s Marvellous Children’s Charity in the UK, which provides specialist nurses to care for seriously ill children.

The collaboration between the Roald Dahl Story Company, Waititi and his illustrious line up of friends specifically aims to raise money for Partners In Health, a medical and social justice organisation fighting COVID-19 in some of the most vulnerable communities around the world.

The campaign forms part of a long-term charitable commitment for the Story Company, which in conjunction with the Dahl family, has given over £10m to charitable causes to date.

He said: “Being an adult child myself and having read James and the Giant Peach to my girls multiple times, I’m excited to be able to partner with my friends, the Dahl team and Partners In Health and re-tell this story to help those most in need right now. This wacky, wonderful tale is about resilience in children, triumph over adversity and dealing with a sense of isolation which couldn't be more relevant today.”

Ophelia Dahl, Roald Dahl’s daughter and founder of Partners In Health, added: “My dad instilled in us as kids the notion that imagination will spark a chain reaction of possibilities – we can dream endlessly about ideas and make them real. This early training meant it was not such a leap to envision Partners in Health with my friends. Roald was one of our earliest and most enthusiastic supporters and never let me leave for Haiti without stuffing a massive wad of cash in my hand to put towards the next project. You can see from his stories that he always supported the most vulnerable and those excluded from opportunity. PIH was the perfect match.”