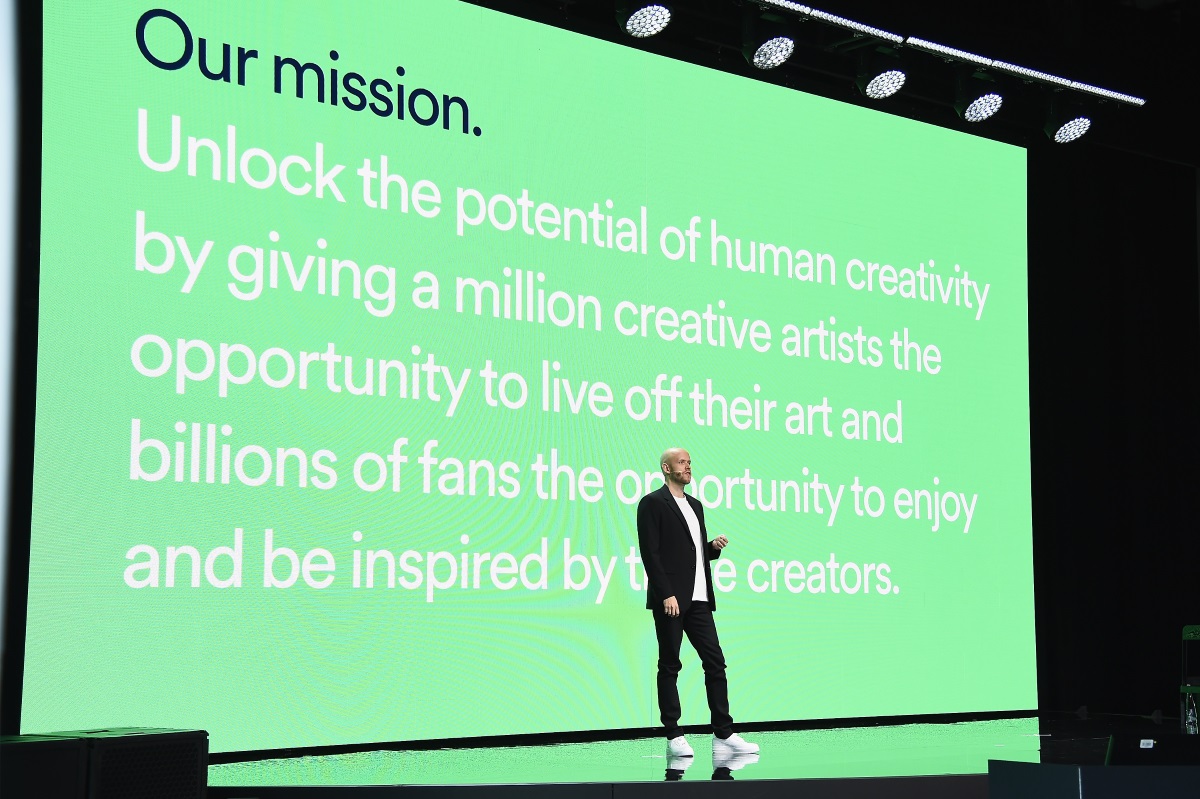 Programmatic audio has received a significant boost with the news that 22 per cent of Spotify's advertising revenue now comes from its self-serve programmatic platform, up from 18 per cent in February when the company went public. The figures were revealed as part of the firm's Q3 financial results, and show that the format may be gaining popularity among brands and agencies.

"We've made it a point of tactical emphasis from a product development standpoint," said Daniel EK, CEO of Spotify, speaking about the firm's focus on programmatic solutions. "The market is heading there and we're driving there as fast as we can."

Spotify's Q3 results were largely positive, with total Q3 revenue of €1.35bn (£1.19bn), up 31 per cent year-on-year. Revenue from premium users rose by the same about, up to €1.2bn, making up the majority of Spotify's income, while ad-supported revenues grew by 30 per cent year-on-year to €142m, which also represented a 16 per cent bump quarter-to-quarter.

Growth in ad revenues were due primarily to increases in both the global programmatic channel, which was up 44 per cent year-on-year, and the US direct channel, which was up 32 per cent. According to Spotify, demand in the US remains strong and is expected to outstrip available inventory in Q4.

Monthly active users also saw growth, up 28 per cent year-on-year to 191m at the end of Q3. Growth in emerging regions like Latin America continues to outpace more established markets, and while ad-supported users make up the vast majority, totalling 109m, premium subscribers are growing faster, increasing 40 per cent year-on-year compared to 20 per cent for ad-supported users.

One cloud on Spotify's horizon was a dip in average revenue per user, which declined by six per cent in Q3 to €4.73. This decrease, which is an improvement on Q2's drop of 12 per cent, was attributed to the growth in Family and Student plans, as well as subscriber growth in low ARPU regions like Latin America and Southeast Asia. Barry McCarthy, chief financial officer at Spotify, predicted that the rate will continue to decelerate in the future.

Looking to the future, Spotify sees podcasting as a huge opportunity for programmatic audio, and is focusing on improving the user experience, fixing podcast discovery and adding new functionality, as well as increasing its overall library of content. Spotify is experimenting with both fixed and variable deals with publishers, and is hoping that if podcasts become a significant portion of the business, it will develop into its own margin structure and revenue stream, separate from the music business.

If you're experimenting with programmatic audio and other automated channels, you should sit down with the rest of the industry at our Programmatic Lunch, where we're bringing together the entire programmatic chain to discuss the state of the ecosystem. Places are still available, so book your seat at the table now.