Talking Mobile with Filter Off

Alyssa Clementi sits down with Zach Schleien, co-founder and CEO of Filter Off, a dating app that revolves around video speed dates instead of swiping left and right. Schleien discusses what the COVID-19 pandemic has done to the online dating scene, and why people are more inclined to use video dating in the current social climate. 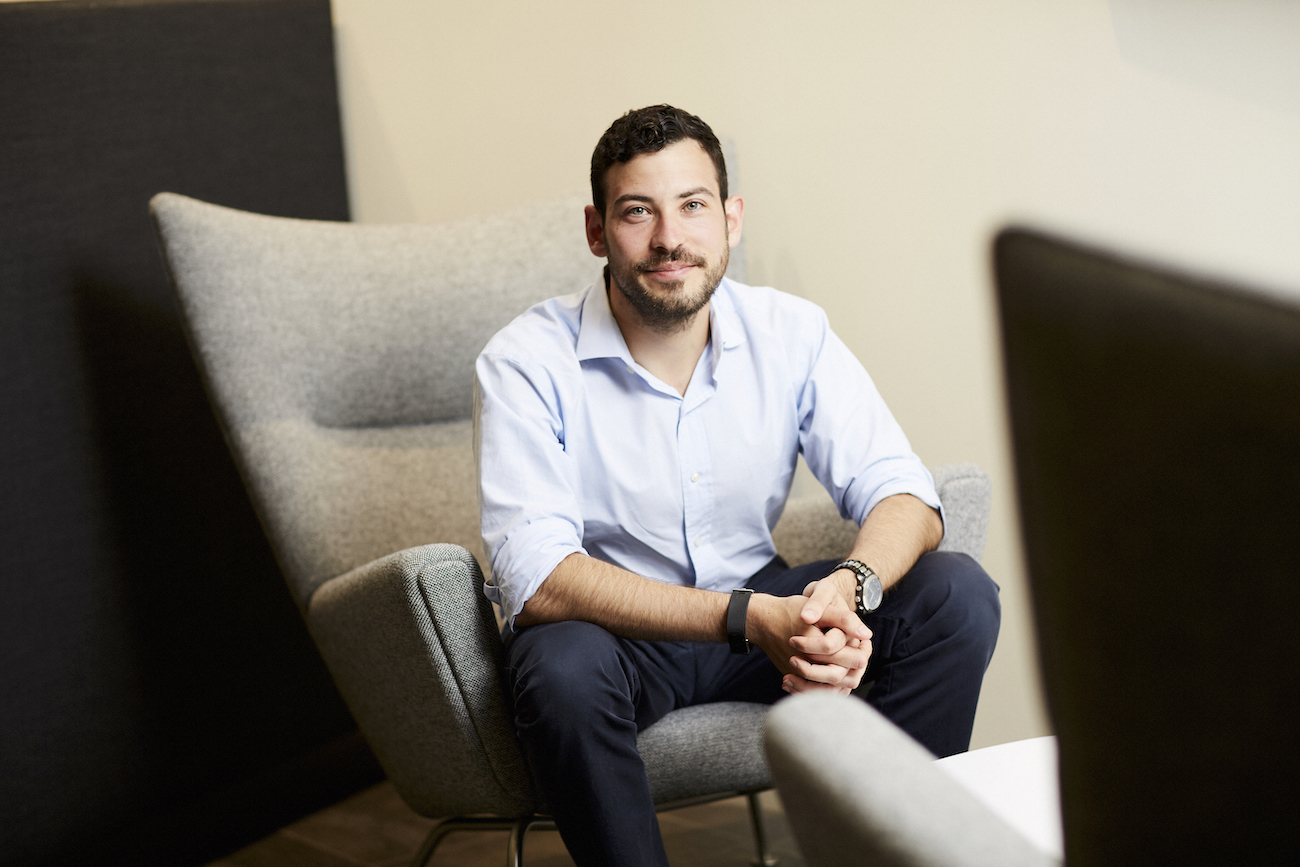 In late 2019, Zach Schleien, a Manhattanite, decided he was tired of dating apps that required users to swipe left or right based on an uninformative profile and a few pictures. With the help of his partner, who has a background in software development, he launched the beta version of Filter Off, a dating app that used video chats dates instead of swiping for matches. In February 2020, Filter Off was moved out of beta testing, but has hit a new high in popularity due to the current isolation and social separation caused by the pandemic.

“People are extremely isolated, they’re really lonely and they’re still looking to date, and they’re sick of just swiping without real interaction,” says Schleien. “Now, we are seeing more and more people who want to meet someone over video. We’re the app that offers that.

“I’ve used all the dating apps, and it’s a very long process from start to finish. It takes a tremendous amount of time to first swipe, and then wait to see if you match,” says Schleien. “From there, you have to send messages back and forth, while some people may not even respond. After all that, you finally get their number, and then maybe get an in-person date. When you actually meet, you may realize two minutes in that it’s not a fit. We wanted to just cut out all that friction, and just allow you to see them face to face at a really authentic human level and see if the two people vibe right off the bat.”

A unique approach to online dating
Filter Off differs from other dating apps because of one main factor: video speed dates. While other dating apps such as Tinder, Bumble or Hinge require a match via swiping before messaging can begin, Filter Off schedules 90-second “blind” video dates for users. While some may say the act of video chatting right off the bat is intimidating, Schleien believes face-to-face dates are much more authentic.

Schleien comments: “It may not be for everyone, and that’s okay. When we started Filter Off, a little over a year ago, I would ask women if they wanted to Facetime. It was probably around 20 per cent that said yes. Now, that percentage is closer to 80 per cent. I think video is the way of the future when it comes to dating. Filter Off is a strong proponent of creating that authentic human connection. I think as we get more and more comfortable, more and more people will feel okay with using the app.

“The name of our app is Filter Off because you can’t use a filter at all. The point is to make that authentic connection think when it comes down to it, unfortunately a lot of people will use filters on their photos, on their profile pictures. You really don’t know what they look like, how they sound, whether you really vibe with them, until you get to know them. Video chatting is the closest interaction before meeting in person, but I think it’s the most efficient way,” continues Schleien.

Virtual date nights
When a new user signs up for Filter Off, they are able to make a profile with a picture and fun facts about themselves. They can then set preferences to who they are looking to meet, including sexual and gender preference, location (up to 300 miles away), interests and more. Once a user profile is complete, the romantic hopeful can set their availability for “date nights”, which are Wednesday, Friday and Sundays each week, at 7pm or 9pm.

“Once you register successfully, in the morning, you will get a text message,” explains Schleien. “For example, on Wednesday, Friday, and Sunday morning you get a text message that says, ‘Are you available to date tonight at 7pm or 9 pm?’, and you say, ‘I’m available at 7pm’. Your availability registers into the app, and then we do all the hard work. We will create your matches for you. From the morning until 5pm, we’ll be creating matches for that user based off their age, sexual preference, gender, a load of other preferences, that we take into account. There’s a logic behind it. As there’s more and more people, we take into account more of those preferences.”

Once the user’s dates are chosen for them, they can go into the Filter Off app and see the names and times of the 90 second video calls for the night, which can be up to 3 dates. However, the profile pictures of these dates will be blurred and only their fun facts will be viewable. Closer to the dates, the app will send reminders to the user’s phone for an hour, 15 minutes, and one minute before the date.

“When 7pm comes along, you go into the Filter Off app and there will be an option to ‘Start Video”, so you hit that, and you go into a Facetime-style match for 90 seconds,” says Schleien. “At the end of the 90 seconds, you can either do a thumbs-up or a thumbs-down. If you both give each other a thumbs-up, you’re entered into a match like every other dating app. At that point you can either send a video message like Snapchat or send a text message.”

When it comes to the 90 second time limit to the dates, Schleien and his team believe it’s the perfect amount of time to decide whether to continue pursuing a match. While some may say this form of video dating is unorthodox and out of their comfort zone, some users are saying they wouldn’t mind longer dates.

Schleien comments: “We chose 90 seconds because we wanted to keep it short because we didn’t want anyone feeling uncomfortable being on a long speed date. If you realize you don’t vibe pretty quickly in, 5 or so minutes is a long time. Some people do say 90 seconds is way too fast, and some people think it’s way too long. That’s not to say we won’t increase it in the future. We’re open to user feedback.”

Making the app accessible for anyone
According to Schleien, one of the most important aspects of the app is accessibility for all, including whether you can afford dating services or not. While some dating apps do require a monthly membership fee or in-app purchases to “reach more matches”, Filter Off and all its features are completely free to use. As of right now, Filter Off is available in hundreds of cities, but its user-base has skyrocketed in New York State and London since the pandemic started. For areas in North America that don’t have quite as high of a userbase, the app has uses a geo-location algorithm to measure who is using the app and in what states.

“Let’s say you download Filter Off, make a profile, and there’s zero people in your area,” continues Schleien. “You’ll receive a message that says, ‘Hey, invite more people to join the app. We’re not at the point to open up dates.’ But once that area hits a certain threshold, you’ll have one date night a week, Friday night. Then once it gets higher, it gets to three date nights a week. It’s all based off certain logic and criteria. That being said, since the pandemic started, we’ve tripled our general userbase. Filter Off blew up in London, and we’re currently considered one of the top trending apps in the UK.”

Looking ahead and past COVID-19
Schleien believes that the social isolation and loneliness that has been a side effect of the COVID-19 crisis has encouraged more and more singles to try out video dating. More recently, Filter Off has been covered by the BBC and Refinery29, and has been featured on Meetup.com and Eventbrite. The Filter Off team is excited to continue growing its user base, as well as add new features that may make virtual video dating the new normal. More recently, Filter Off has added a new feature, Global Quarantine Singles Speed Dating, which will be launching next week. Singles from around the globe will be able to go on virtual speed dates with other users from around the world, not just in their 0-300 miles range.

“We’ve had a lot of people reach out to us about new features that we are planning to incorporate in the future. I’m looking forward to continuing to be global, we’re primarily in NY state and London right now, but we have people all around the world, we’re in over 500 cities, and now it’s been really ramped up,” finishes Schleien.