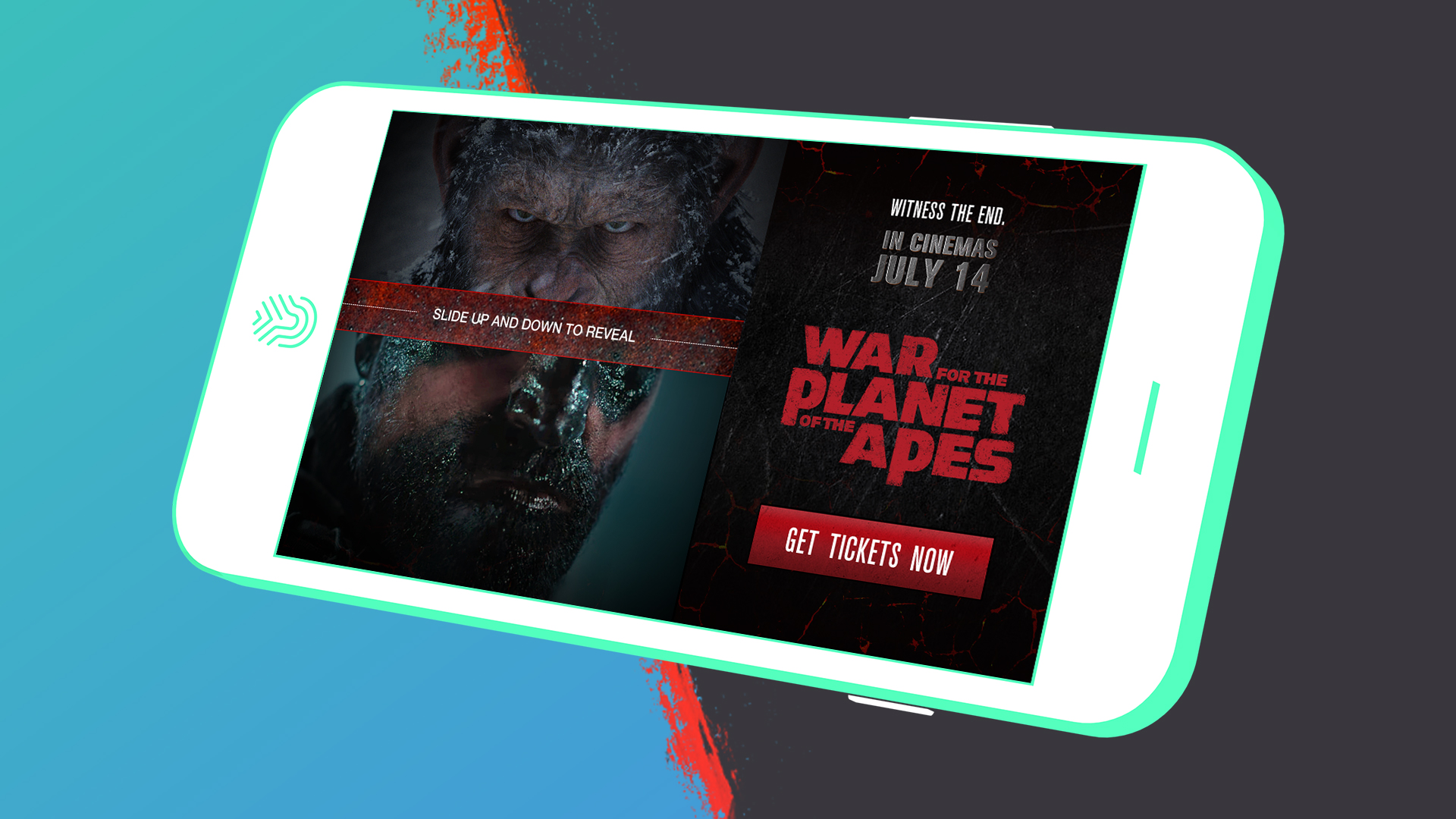 The product adds one of Tapjoy's Motion Ads – which include swipe, flip and spin interactions – to the end of a video ad, ending with a call to action for the user.

The end cards were trialled by brands including 20th Century Fox, which used the unit to promote the release of War for the Planet of the Apes. The campaign featured a video trailer followed by an interactive slider which could be swiped up or down to reveal images and descrriptions of characters, before giving them the chance to book tickets to see the film.

The campaign saw an 88 per cent video completion rate and a four percent CTR to purchase tickets.

"War for The Planet of the Apes is a premium, high-calibre franchise for 20th Century Fox, so it was crucial that our ad campaigns were of an equally high calibre, in both format and placement,” said Izzy Hedges, EVP of International Media for Vizeum, 20th Century FOX’s central media agency.

“Our goal was to deliver exceptional results in both awareness and affinity for the film, while driving measurable performance in the form of trailer views and click-throughs. Tapjoy’s new Interactive Ends Cards enabled us to present a trailer first, followed by a branded experience that really brought the movie’s characters to life. The format is new, exciting and premium, and it complements our studio-quality advertising."