The impact of 5G on the gaming world

Troels Ringsted, senior research lead at Verizon Media's Ryot Nordics, takes a look at what 5G will mean for the world of gaming 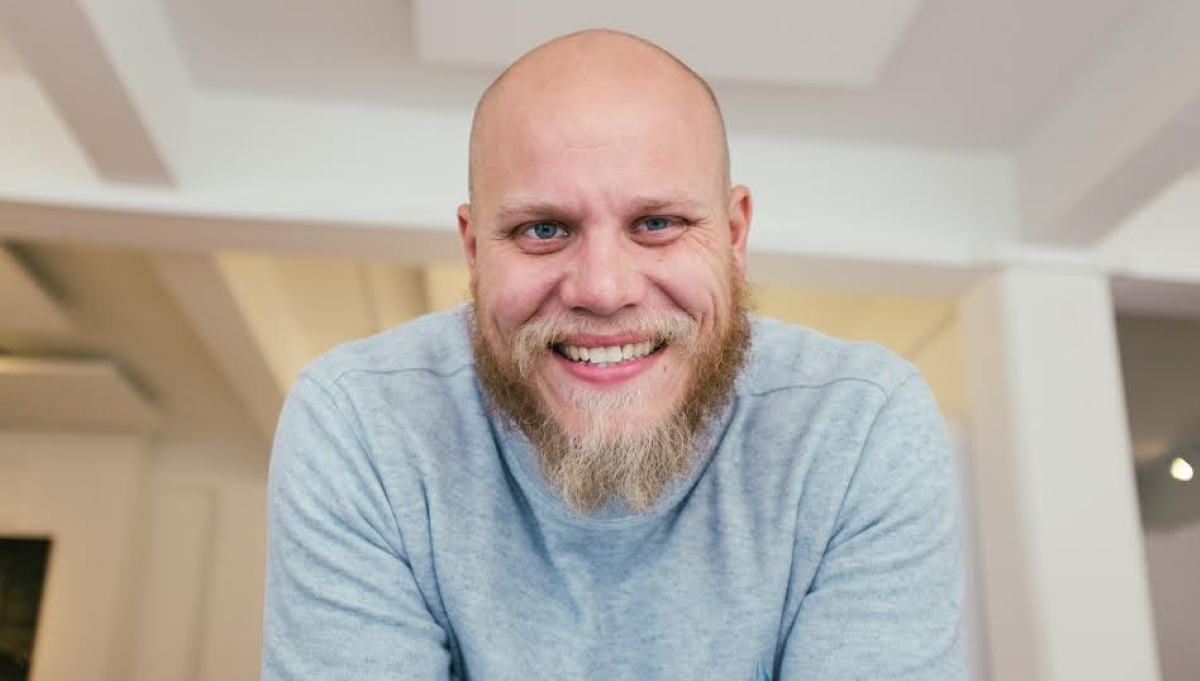 With the recent (official) announcement that we will see a new PlayStation 5 from Sony that will allow significantly faster downloads, load times and streaming with its solid state drive (and real-time views of what’s going in multiplayer game servers without having to load the game), plus Microsoft’s new xCloud game streaming service that starts its public beta this month, we’re seeing manufacturers and studios gearing up for a new world of connectivity and connection speeds that will allow interoperable game streaming across every device. And 5G is the enabler that will see the way we produce, play and interact with games on all our devices completely transformed.

5G in short
There is no doubt 5G has the potential to revolutionise the way we interact with the physical and virtual world, but estimates of how much of a generational shift in technology it will become range from ‘super-fast internet at some point’ to ‘minority report-like daily lives’.

Starting with what is usually hyped, we can look at the speeds of 5G. We can probably expect somewhere around 300-1000 Mb/s in the beginning but there have been tests showcasing speeds towards 25Gb/s in specific environments. In these conditions, it would be about 250 times faster than the average speed of 4G. If we equate this to Usain Bolt’s top sprinting speed (about 44km/h), it means 5G would make you run at 11,180 km/h, or as fast as the fastest unmanned plane in the world, the Hypersonic aircraft X-43A.

Everyone knows how annoying slow internet can be, but we are already streaming video, gaming, etc on our ‘slow’ internet; so, what's the big deal? Any gamer worth one’s salt knows the issue is not only about the outright speed of his connection but also the latency and stability of the connection.

What makes 5G really revolutionary in my opinion is the reduced latency. The stability and low latency will come from utilising short-range frequencies as well as advancements within both hardware and software. In addition, an expansion of the network will ensure that both dense population areas, as well as rural locations, will see stable, fast connections: (read more here).

Latency is expected to be below 5 ms, which is a 10-fold improvement to that of 4G. This makes network latency virtually non-existent and is why everyone can dream about remote surgery, automated vehicles, smart cities, etc. However, for gaming specifically, cloud computing, multiplayer mobile gaming, AR, interactive streaming are more exciting examples.

A cornucopia of science-fiction
Before we look at the more realistic and present use-cases let us enjoy a bit of full-fledged, futuristic hype. Imagine that everyone now has 5G and it was everything promised, it resulted in a revolution for our devices:

Localised processing power is not really needed in this future, your X-Box, PC, smart-phone, etc. has turned into one device optimised for receiving and transmitting data - just hook it up to your input/output device and all computing is happening in the cloud.

The real-time rendering enabled by cloud computing will allow you to live in a mixed reality world. This opens up a plethora of augmented reality potential. For example, we can now see each other as our preferred game avatar or transport ourselves into the world of Mario Kart when driving. (Don’t worry, the car is going to be driving itself.) Anything and everything can be gamified now because we stream games real-time rather than run them on our devices. Advertising can now be seamlessly and dynamically integrated into practically any channel and is extremely location and interest-based. Language barriers cease to exist as we can real-time translate audio through our headphones/microphones and the list of amazing opportunities just keep going

Yes, it does sound like a futuristic dream and it will not happen in the next year, but gradually over the next decade, we will see these things and similar become a reality. Take the automotive industry as an example. The industry has been investing heavily in automation and different levels of that are expected to be launched surprisingly soon.

Here and now implications
The way we purchase and enjoy games is changing and will change even more rapidly as 5G launches. For a long time, physical video game stores have struggled but the promise of 5G connectivity for everyone could be the final nail in the coffin for purchasing hard copies of games. Just as Netflix and other video streaming services almost entirely eliminated the need to own DVDs (or VHSs for us millennials in the upper end of the spectrum), many think gaming will follow a similar path. There is really no reason left to buy a digital product physically other than the sentimental value of owning a hardcopy.

The future interconnectedness of the video game industry implies a couple of things on where it is heading in terms of how the consumers will be playing video games and how the experience around it will be created.

Cloud gaming
The industry has been steering towards multiplayer games, micro-transactions and in-game purchases to earn the big money for a while (Valve introduced skins to CS:GO in 2013, and The Elder Scrolls IV: Oblivion’s Horse armor pack is an infamous example from as early as 2006). This has lead to fear for the survival of single-player and narrative-driven games due to revenue difference between game genres, but if 5G is able to deliver on the promise of fast and stable internet, a cloud-based gaming service similar to Netflix, could turn this discussion completely. (don’t worry too much, single-player games are still going strong and are likely to be around for a good long while yet).

Google, Microsoft & Sony, GeForce, Steam/Valve and others are already launching or developing these cloud services, arguably in preparation for 5G, and hopefully, they will allow for new, continuous revenue streams that may help niche genres. With that we can hope for an explosion of diverse titles - it could potentially also result in smaller productions being pushed out - only time will tell.

Dynamic in-game advertising
With cloud gaming set to become the next big thing, and a growing structuralisation of game advertising platforms taking place, we should also see the in-game advertising industry flourish, especially dynamic in-game advertising (DiGA). While DiGA is hardly new (Obama ran ads in Xbox games back in 2008, and companies like Bidstack group looks to have a structured, dynamic setup at the ready), the solutions do not have to stop there. When the video game is not actually installed on your personal device, it would more easily allow brands to create something such as dynamic in-game events. Your future side-mission could easily be a branded experience tying into the game (similar to experiences such as when Honda challenged racers to compete for fastest lap times in the newly-launched Gran Turismo as part of an Xbox advertising deal), and your hit-point boosting in-game item could dynamically change brand and type depending on whether your demography suits Coffee or energy drinks.

These potential changes are also why I have mentioned the importance of advertisers paying homage to both the games and their audience in previous articles - it is both an amazing opportunity and a potential disaster for people who love video games if brands implement these experiences in jarring or interruptive ways.

Streaming
Live streaming of eSports matches should see an improvement in its definition, and the 5G infrastructure available in stadiums will open interesting opportunities for augmented reality gimmicks. However, what is really interesting is the combination of mainstream media showcasing interest in eSports and the opportunity 5G brings to create a more interactive and dynamic stream. League of Legends already offer what they call ‘Pro View’, allowing viewers to see the match from multiple points of view, including various players’ perspective and layered streams. With the improved data-flow infrastructure, how we consume live-stream content could completely change and will be interesting to follow. I personally would not mind if everyone had the opportunity to ghost a professional match simultaneously.

Multiplayer mobile gaming
One of the really positive outlooks for 5G gaming is how much we can potentially do with our portable devices. We’re talking better graphics, multiplayer first-person shooters or sports games with no lag, well-functioning location-based features and events - all thanks to 5G’s fast and stable connection that you can get anywhere. It could also reduce the toll on battery time and device and internet pricing because you don’t need the heavy processing power for demanding video game computations. As a result, it can lower the barrier of entry for serious gaming since it no longer requires specialized computers or consoles. Empowering an already massive mobile gaming market should increase interest further in competitive mobile gaming, as well as remove some of the boundaries that mobile gaming does suffer from.

VR, AR, MR, and XR
The topic of ‘new realities’ is generally too big to be covered here, but in short, they are all set to grow massively in the coming years. Nevertheless, there is a plateau that the technology will reach without a mobile, fast and stable network connection. 5G will give new realities the mobility they need and could leave us with cheaper, lighter, ‘new reality’ hardware in our daily lives which are open to the general public (read more here).

We already see the general adoption of new realities everywhere from employee training to entertainment; however, it is often infeasible for the average person to invest in the hardware due to the pricing - hopefully, this will change with 5G.

Is it actually now?
Whether 5G will be an immediate gamechanger or a gradual shift is really anyone's guess and will depend on a lot of factors and investment from companies across a range of sectors. If we compare to the adoption of smartphones in the US population, penetration rates grew from around 20 per cent in 2010 to 70 per cent in 2018, which is amazingly fast. Given the rapidity of the roll-out of 5G in the US, with Verizon committing to enabling 30 cities with the technology by the end of 2019 for instance, as well as globally, there is a reason to think adoption will happen even more quickly.

My personal thoughts are that we have become better at adopting new technological solutions and therefore will not struggle as much with what 5G brings - just consider how fast Netflix changed their industry once the infrastructure provided the bedrock for its streaming services. We also already have a lot of technology that is just waiting for the 5G infrastructure; these things combined could leave us all with 5G capabilities sooner than expected.

I recently highlighted in an article how much the eSports and gaming market is growing, and I can only imagine that being propelled even further with widespread high-quality connectivity. The exciting opportunities in the gaming industry discussed in the above sections, coupled with the increased interest in gaming/eSports from advertisers, and acceptance of gaming as pop-culture entertainment from mainstream media will only strengthen the industry.

No, I do not believe we will be wearing AR glasses tomorrow or spending all our time in virtual realities, but I don’t believe we will be waiting decades for this future either. The question is not if we will live in that world, but when, and it’s likely to come sooner than you might think.

"Top European court annuls decision to block 2016 merger of O2 and Three. https://t.co/op2Mr6qrXB"
20 minutes ago
"Staying home and staying active with mobile apps. The @AdColony team reveal the results of a study looking at how c… https://t.co/Z8hdXP7W9z"
2 hours ago
".@EsteeLauderUK launches Liv, a WhatsApp chatbot offering skincare advice during lockdown. https://t.co/QzL3HbfizM"
2 hours ago