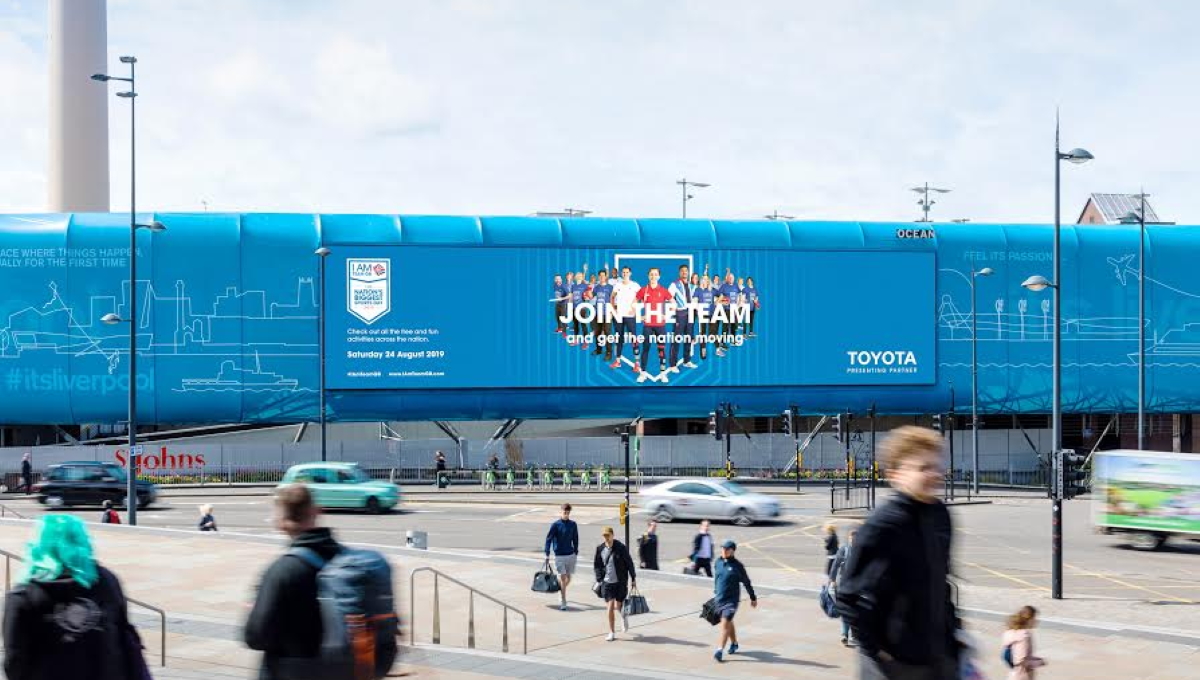 Toyota GB is teaming up with Ocean Outdoor to launch an out-of-home activation in support of Team GB’s aim to get people moving ahead of next year’s Olympic Games in Tokyo, Japan.

The ‘I Am Team GB’ campaign will see content delivered on more than 30 Ocean screens in seven cities, including London, today (22 August). This will lead to a day of events across the UK as part of ‘The Nation’s Biggest Sports Day’ on Saturday 24 August.

“As an Official partner of Team GB, it has been hugely beneficial to be able to work with another member of the Team GB partner stable in Ocean Outdoor, which has enabled us to grow awareness of the ‘I Am Team GB’ participation campaign significantly by utilising their digital OOH network,” said Tom Whiteside, sponsorship manager at Toyota GB.

The flagship event on the day will take place at Westfield Square, Westfield London, where four-time Olympic gold medallist and Britain’s most successful female Olympian Laura Kenny will lead proceedings. There will be a purpose-built stage and a grassed area to host activities for people of all ages and abilities, while a second zone will accommodate skills classes just for children.

As part of the event, Toyota will install an interactive wall where people can show their support for Team GB by taking a selfie which they can print out. The photos will become part of a giant mosaic featuring Kenny.

The activity was planned and delivered by M/Six, Mediacom, and Limelight Sports.

“This is the first in a series of activations we have planned in collaboration with Team GB, Toyota and other partners in the run up to Tokyo 2020,” said Kevin Henry, head of content and sponsorship at Ocean Outdoor. “Toyota is all about driving sustained growth in physical activity inspired by Team GB – and Ocean’s full motion screens and experiential spaces are central to the delivery of that message.”