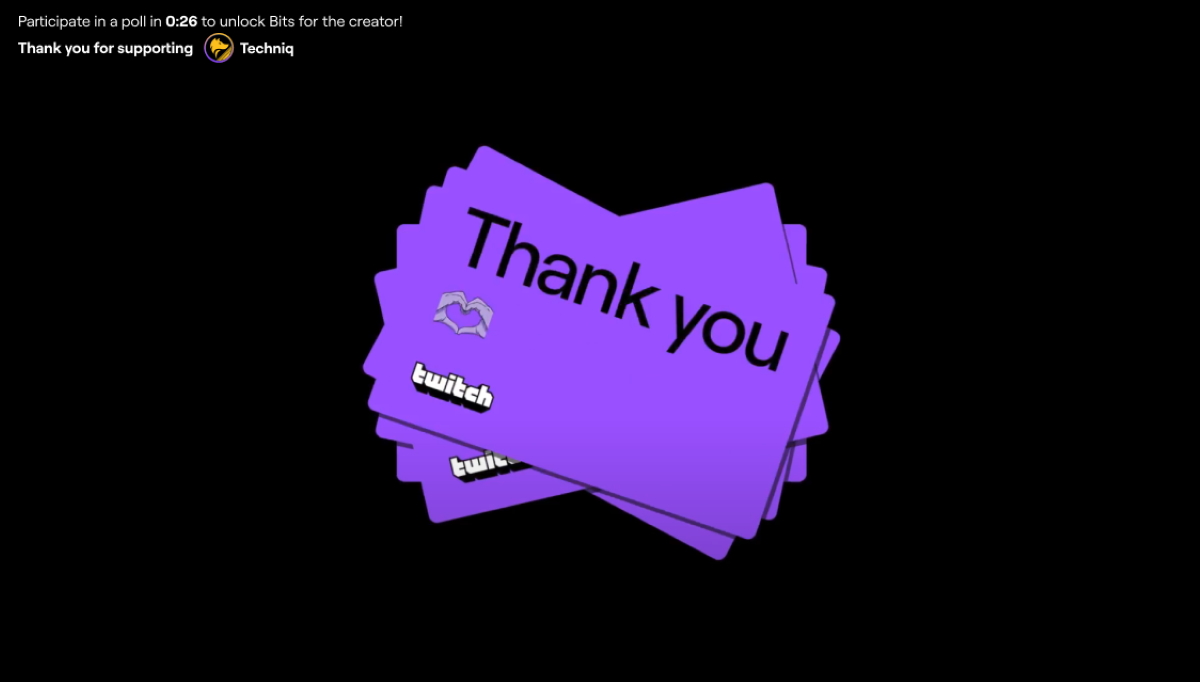 Twitch has begun rolling out an interactive video ad format that surfaces the same ad to a group of viewers on a stream at the same time.

With ‘multiplayer ads’, which is currently in closed beta, creators are able to deliver the same ad to the majority of their stream viewers, as opposed to the targeted ads currently shown to users. After an ad plays, creators can share an interactive poll that rewards the streamer with Bits – Twitch’s own currency – for every vote a poll receives. Subscribers and Turbo users will not see the ads as part of their ad-free benefits.

In the closed beta, multiplayer ads can be served via the ‘run ad’ quick action button in the Creator Dashboard. For viewers, they will be labelled as being a ‘multiplayer ad’ in the upper left-hand corner of the video player.

For now, the ads will only be served on desktop but both Android and iOS mobile users can expect the ads to arrive in early December.