Total UK marketing budgets were revised up to an almost eight-year high during the opening quarter of 2022, according to latest IPA Bellwether Report published today, with UK companies stepping up efforts to position their businesses for growth as pandemic-related risks recede.

According to the report, total marketing budgets were upwardly revised by nearly one-quarter of panellists (24.1 per cent). By contrast, 10 per cent of companies recorded budget cuts, yielding a net balance of +14.1 per cent in Q1 2022 (vs. +6.1 per cent in Q4 2021). This was the highest since Q2 2014 and marked a fourth successive quarter in which marketing expenditure has expanded.

Growth by category
The top-performing segment during the first quarter was events, with a net balance of +18.7 per cent (from -3.9 per cent). The switch to a "living with COVID-19" strategy within the UK, alongside a further easing of pandemic restrictions during the first few months of the year, gave businesses the confidence to plan larger-scale gatherings, including exhibitions. Solid budget expansion was also seen in main media (+9.4 per cent, from +3.1 per cent), with other online (+18.6 per cent), video (+9  per cent) and published brands (+1.3 per cent) driving growth in this segment. Out of home and audio continued to decline, however (-4.6 per cent and -8.5 per cent respectively). Elsewhere, sales promotions (+8 per cent, from 0 per cent) and direct marketing budgets expanded (+6.0 per cent, from +3.8 per cent). The final category to register growth was PR, although the expansion here was only marginal (+0.6 per cent, from +2.0 per cent).

The overall upturn in total marketing budgets was however slightly weighed down by market research (-3.5 per cent, from +7.0 per cent) and the "other" segment, which accounts for any other form of paid-for marketing not included in the survey (-0.9 per cent, from -11.2 per cent).

Budget plans 2022-23
The outlook among surveyed marketing executives with regards to their budgets for the 2022-23 period was strongly positive, with 43.8 per cent of respondents anticipating growth in their available marketing spend in the coming year. This compared with 10.6 per cent that expect cuts, resulting in a net balance of +33.1 per cent.

Regarding their industry as a whole, survey respondents were more pessimistic than they were three months ago, with a net balance of -3.6 per cent of companies downbeat in the first quarter of the year. This was broadly unchanged from the fourth quarter of 2021 (net balance of -3.8 per cent) and therefore the second-greatest degree of pessimism for over a year. The 27.4 per cent of companies that were negative more than offset the 23.9 per cent that were upbeat.

Company-own prospects were more positive, however, as a net balance of +6.6 per cent of companies were optimistic in their outlook. That said, this was down from +7.6 per cent previously and the weakest reading since Q3 2020. Close to one-third of panellists (31.5 per cent) were upbeat with regard to their business' prospects, compared to 24.9 per cent that were more pessimistic than three months ago.

Paul Bainsfair, IPA Director General, said that with COVID-19 restrictions ending, it’s clear that UK companies are keen to capitalise on this moment and ramp up their marketing spend. “This is welcome news now, but we know we face soaring inflation levels, cost of living increases, supply-chain issues, all exacerbated by the war in Ukraine and some sector recruitment shortages,” he said. “With 40 years of downturn data to learn from, the IPA knows beyond doubt that brands do best when they maintain their investment in longer-term brand-building media, complemented by a smaller ratio of sales activation media. This is the survival code for surviving a downturn.”

Joe Hayes, Senior Economist at S&P Global and author of the Bellwether Report, noted that as the UK switches its approach from stopping COVID-19 to living with COVID-19, many businesses have begun adjusting to a post-pandemic world.  £We've seen strong upward revisions to marketing budgets in a clear sign that companies are gearing up for growth,” he said. “Events budgets, which saw a particularly strong uplift, were a notable beneficiary of the UK government's new COVID-19 model. That said, risks to the economic outlook have built substantially so far this year. Living costs are rising, we may see inflation get close to or even hit double digits in the coming months, and this will weigh on purchasing power. Supply chain issues are still prevalent and have been exacerbated by the war in Ukraine. Rising geopolitical tensions also create uncertainty, and it may lead to companies re-assessing their decisions until all of these risks reduce." 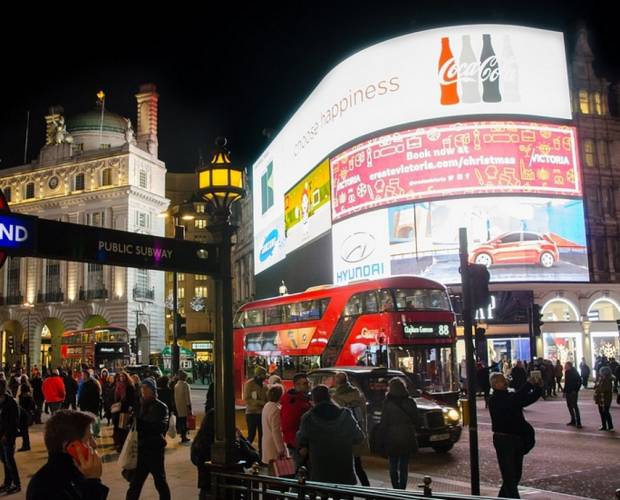