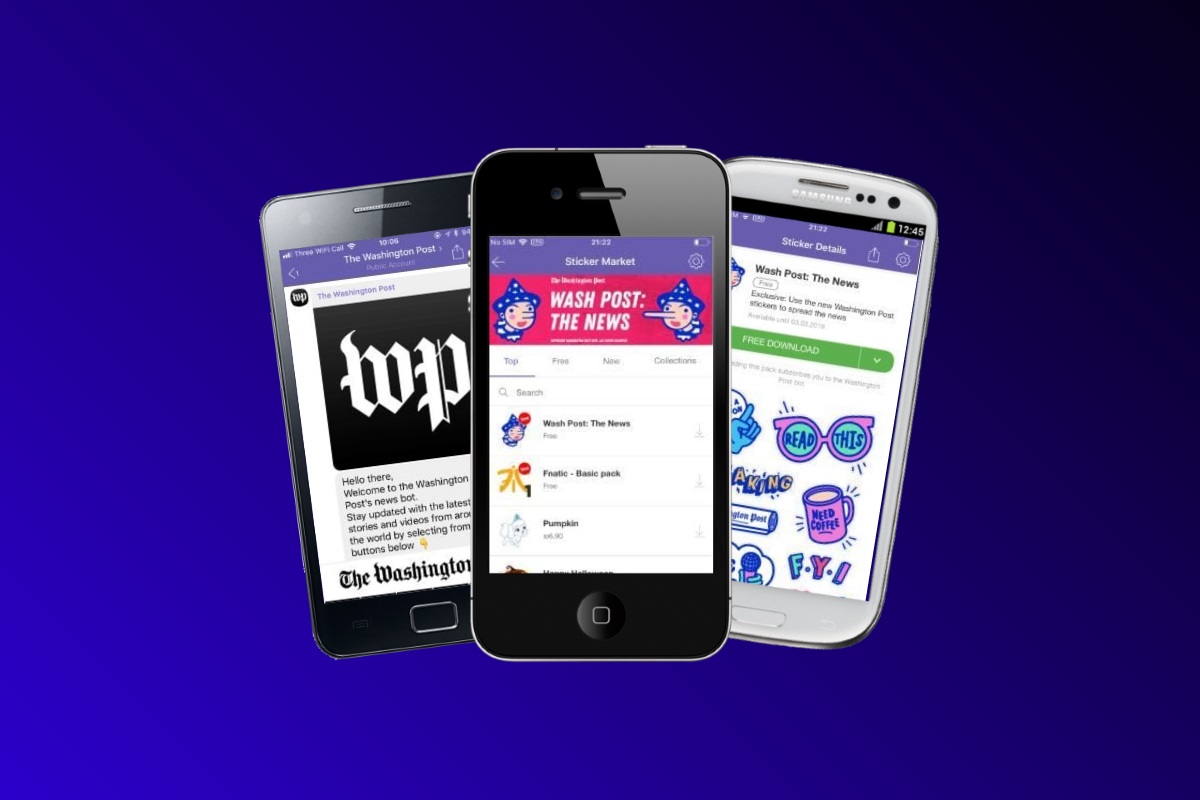 The Washington Post is furthering its experimentation on messaging app Viber, introducing a chatbot and second collection of journalism-themed stickers to the platform, which is currently used by more than 1bn people worldwide. The Post's news bot will be available to all users, worldwide, and is the first of its kind to appear on Viber.

"We've seen great potential to grow our audience internationally by allowing readers to access Post journalism on widely-used messaging apps like Viber, where they spend most of their time," said Ryan Kellett, senior director of audience for The Post. "With the platform's massive global user base, we'll continue to create interesting and fun ways to engage on this platform."

The Post's chatbot automatically sends users the top headlines from five different news sections (Politics, National, World, Opinions and Entertainment) directly within the app. Users can opt to receive updates either daily or weekly, and can also receive additional updates from their sections of interest by tapping on an icon. The feature also includes a dashboard where users can subscribe to The Post, watch original video content and invite friends to sign up for the chatbot too.

In addition to the chatbot, The Post is launching a second pack of journalism-themed stickers for Viber, a follow-up to its first sticker pack, added in 2016. Stickers are one of the most popular features on Viber, with over 300,000 shared on the app every minute, and The Post's initial pack has been downloaded more than 2m times. The second pack, which can be downloaded for free on Viber's sticker market, includes colourful text of journalism catchphrases like "off the record" and graphics inspired by The Washington Post, including the Pinocchio illustrations from the publisher's popular Fact Checker blog.

"Giving our global audience access to quality, independent journalism is of huge importance to us," said Sally Burtt-Jones, business development director for Viber. "We're proud to work with The Washington Post to create a bot that allows users to easily find, discover and personalise their news experience and receive the to pdaily or weekly news stories within their favourite app."

"At the #Programmatic for Brands Masterclass, you will hear from @OneTrust and @verizonmedia about how to solve your… https://t.co/kfphwAHHIy"
20 minutes ago
"Firefox developer @mozilla calls on everyone to come together to 'Unfck the Internet' in latest campaign https://t.co/qQ9Su1nE6V"
1 hour ago
"Google invests $1bn in partnerships with news publishers https://t.co/tnwaUwcoAV"
2 hours ago