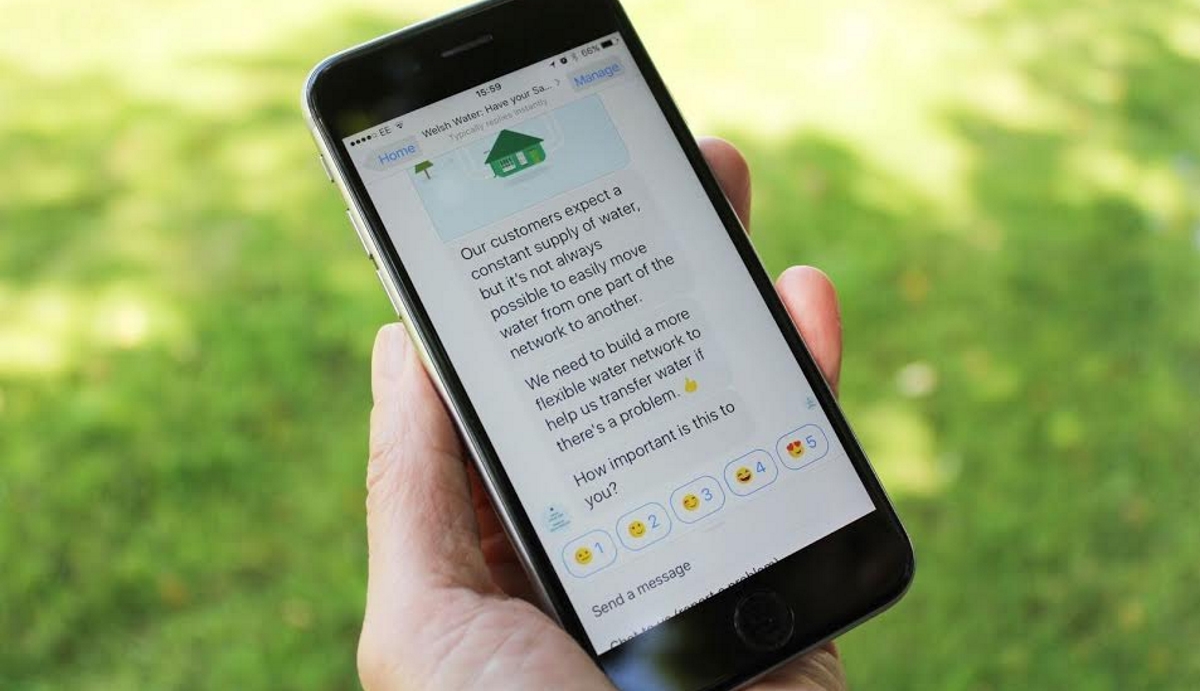 Water services company Welsh Water has launched the 'world's first' Welsh bilingual chatbot to gauge the views of its 3m customers on climate change and the upgrading of water and sewer networks.

The chatbot, available on both Facebook Messenger and a dedicated website, asks users a series of questions about water, and the work of Welsh Water, as part of the company’s ‘Have Your Say’ consultation.

“Not many people will get excited about taking part in a consultation on water. And we’re asking some pretty big questions on complex issues, so we knew we had to take a different approach. We’ve created an industry-first Facebook Messenger chatbot consultation to bring our work to life in a fun, quick and engaging way,” said Morgan Lloyd, head of marketing at Welsh Water.

“It also allows us to reach and target demographic groups that may not traditionally have their say – be that young people or hard to reach groups, all without the problem we used to face of dropout during channel shifting online. It’s a world first for the Welsh language with people able to have their say via a Messenger chatbot for the very first time.”

In addition to the chatbot, Welsh Water is also working with vlogger Cai Morgan through its Reservoir Vlogs and Facebook live series. The series takes an unconventional look at nine big challenges that could affect water in the coming decades.