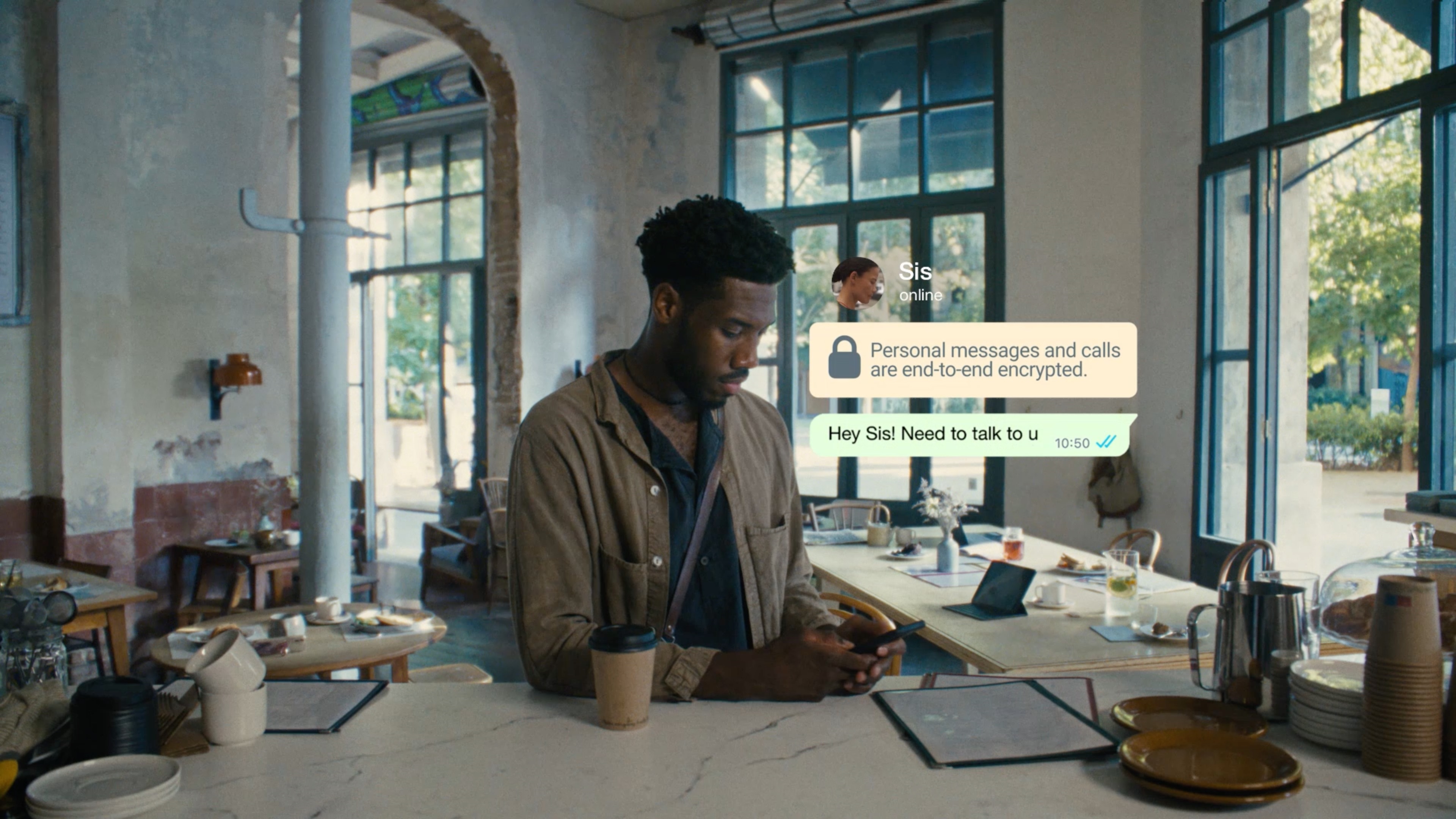 WhatsApp has launched a UK campaign film as the next phase of a global brand campaign focused on message privacy, and WhatsApp’s multiple layers of protection for users.

Created in collaboration with BBDO San Francisco, the film personifies the feeling of being protected when having a truly private conversation when messaging. It highlights how features like end-to-end encryption, two-step verification and hidden online presence enable a brother and sister to express themselves freely despite being surrounded by crowds in a cafe, or in a bustling city.

Although framed as a UK campaign film, it will run across social, digital video, and OOH across the world, alongside broadcast channels including cinema, CTV (Connected TV) and OLV (Online Video) in the UK.

“We’re excited to introduce our global campaign, a continuation of our Message Privately narrative from last year, to highlight the multiple ways we defend privacy so users can feel free and confident with their messages,” said Vivian Odior, WhatsApp’s Global Head of Brand. “Timed to coincide with the introduction of three new features on WhatsApp, this campaign shows how WhatsApp’s features provide interlocking layers of protection and give users full control over the level of privacy they are seeking. In this film, we wanted to reveal the closeness that’s possible on WhatsApp when you can message confidently and worry-free in a secure space.”