Mobile Marketing Magazine chats to Michael Collett and Matt Blom – Co-founders of family-focused social networking app, Kin. Having landed in March 2021 with a pre-launch funding of $3.2m (£2.3m), the app has, to date, been downloaded in 124 countries by 1,700 families. 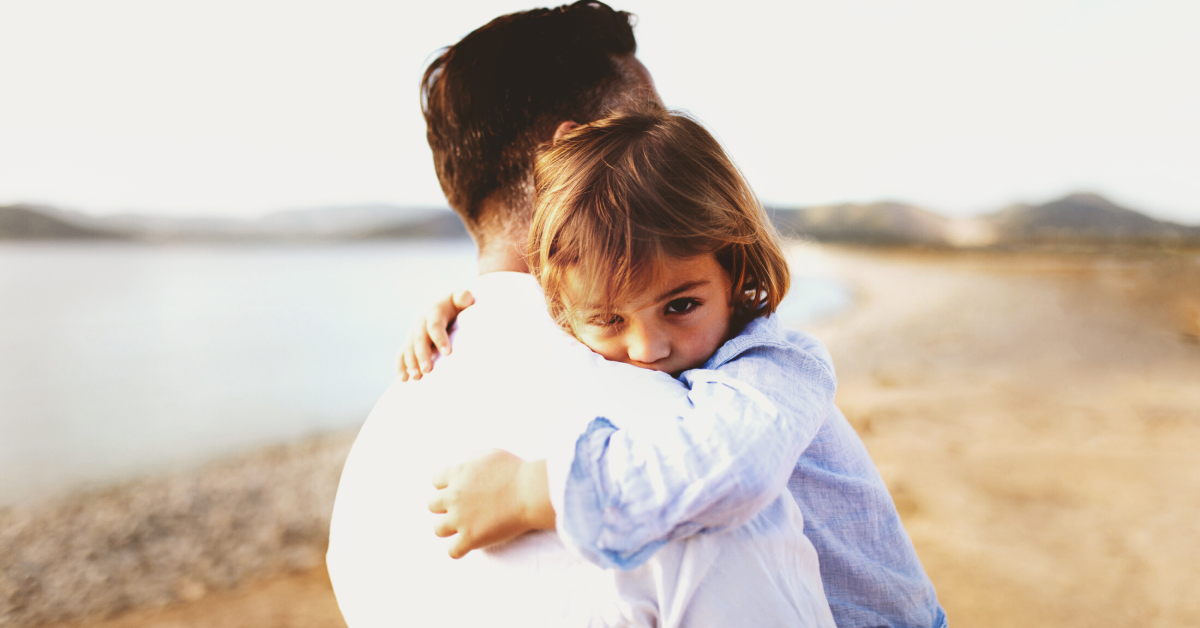 Mobile Marketing Magazine: Where did the idea for Kin come from?

Michael Collett: Almost two years ago, I was up with my baby son Tristan and I stumbled across a poem on fatherhood called ‘A Little Fellow Follows Me’. It resonated with me so powerfully that I had to make sure he saw it at some point in the future. There was no way I could ensure this without setting up an email account for him. The process of sending the poem spawned a daily habit of sending him emails into the future for when he can read, ranging from life advice to the cute and bad stuff he did that day… or maybe the cute and bad stuff I did that day. My wife saw me doing this and soon she and my dad were sending messages too, not just to Tristan but to the whole family. This was the lightbulb moment.

I then called Matthew and shot off three quick questions to him. First was ‘You’ve got two teenagers – would this work for your family dynamic too?’ He gave me an instant yes. The second was, ‘Is there an app out there that allows for intergenerational interactions – past, present, and perhaps future – with no ads, that’s totally private and safe?’ A few days later he came back and said no, there isn’t. The third, most importantly, was ‘Is there a business case for this? Something that’s subscription-based with no ads – a private media model. Can we make money on this?’ It took him a little while longer but he came back and said yes.

We spent the next four or five months honing the brand tenets of Kin which are ‘privacy control’ and ‘intergenerational’ and then the journey began.

MM: This seems like a big step up from the family WhatsApp group.

Matt Blom:  This is one of the key things – we de facto move to WhatsApp because we don’t want to share our lives on social media anymore. But you put your pictures and videos in and they kind of get lost forever. With Kin, one of the things that we were adamant about is that the search feature needs to be better than anything that’s on the market. We’ve got a really granular search feature that allows you to search by a word (whether it was posted with the actual picture itself or in the comments), who posted it or who was tagged in it, and what type of media it is. Also, when it was posted or when the picture is from. When you put a picture into Kin we actually look at the data to see when that picture was taken, so you can build a true chronological history of your family. So if you said ‘I want to see Dad’s 10 worst Christmas jumpers’, it will repopulate your feed to show you posts that contain those words. You can get back all those memories and access them when you want to.

There’s been a lot of other people looking at Kin from the privacy angle. Children’s charities, for example, that don’t want to be posting things online can share the content from their events.

MC: Around 90 per cent of children in the US have an online presence by the age of two. The journalists and investors we’ve spoken to have been shocked by this. There’s also the rise in identity theft that comes from sharing too many pictures of your kids. On a practical level, you’ve also got to ask yourself whether it’s a good idea to have photos of your kids out there when they could be used for all sorts of wonky purposes.

MM: Kin comes with a subscription fee. Are people paying a premium for the privacy aspect of the app and the fact that it doesn’t have ads?

MB: We’re different from the incumbents in that your data still belongs to you – it doesn’t belong to us. We’re very explicit about that. If you cancel from Kin we’ll send you everything back in a file. It belongs to you and your family. Once you post an image on social media you have very little control – you no longer own the rights to that image. Kin is a completely different thing.

MC: There’s a lot of people chasing the subscription model now. Twitter has recently introduced one and there’s a lot of people rallying against Facebook, saying ‘stop being so creepy’ and 'why don’t you just come up with a subscription offering?' I think people are waking up and are ready to pay for stuff on the internet. We were there in September 2019 with this, so I’m quite proud of that.

MB: There's also only one person paying. So, one person pays £3.50 and everyone else is in for free. That subscription can be moved around the family, so if you want to pay for it one year and a sibling pay for it the next year you can do that. We also have a free version. We were very clear that it’s not going to be a free version that involves you giving us your credit card details and us hoping we trick you into forgetting to cancel, because that drives me mad. So you sign up, it's free, you get limited storage but you can come in and you can use the app and see how your family likes it with zero commitment.

MM: What’s the appeal for younger members of the family? Perhaps not having to suffer the embarrassment of Mum or Dad posting on their Facebook wall?

MB: What we’ve learned from our marketing is that for the 50+ age group their engagement is with more sentimental content. For the younger generation, it’s all about privacy. When we’ve spoken to people who’ve used the app in the past year they’ve said ‘I grew up with all these embarrassing pictures being shown and I don’t want my kids to have that’. My kids are 17 and 15 and they’re very conscious of what goes online. They would hate for some of the photos I post getting out to their friends, but if it’s on Kin they don’t mind as they know it’s a close family group. When we looked closely at it, there was seven times more content being shared by the family on Kin as opposed to Facebook.

For teenagers, they are getting things that they are going to cherish in the future. The videos and the future messages that my Mum has been leaving for the family, the kids don’t realise how important that is yet. But at such a time when my Mum’s not around anymore, and for the rest of their lives, that’s going to be super important to them.

MM: To touch on a slightly more sensitive area, can you explain the memorial account on Kin?

MC: Unfortunately, my father passed away at Christmas. What we’ve found with Dad’s memorial account is that it helps the grieving process. In my family, Mum doesn’t necessarily post, it’s mainly my brothers and my cousins posting pictures of Dad. But it drags Mum out of a hole and she’ll comment on that more. We think once teenagers start tipping into their 20s and they start to lose grandparents themselves then they’ll realise the importance of this. Hopefully, by then we’ll have been around for a few more years and there’s more content on there.

MB: My Nan passed away last year, so this year was the first birthday that she wasn’t around. She’s got her memorial account inside Kin and seeing all the family posting their different pictures with Nan on different birthdays over the years was just lovely. What we’re doing is digitalising family legacy. It’s something we’ve never had to think about before – we’re the first generation that needs to address this. In years to come, when our descendants are looking at all of these photos, they’ll also be able to see how the family members interacted with one another and what the personality was like of these people. I think that’s super interesting – a photo album that comes to life and lets you learn more about the personalities of the people you never met.

MM: What has the response been like so far?

MB: We’ve got users in 124 countries, which was a shock to us. We’re also up to about 1,700 families. We’re getting a growth rate of families joining at around 17 per cent a week. It’s a big ask from us to come out and compete in this space, as a startup. We’ve been working hard to get the product to where it needs to be and we’re super happy. We launched as an MVP (Minimum Viable Product) and we’ve been essentially putting everything how we want it and updating it on a bi-weekly basis.

MC: The app has sort of an in-built virality. The country number doubled since we last looked a month ago and we were blown away. I’ve got a relatively small family, but within that family, both my brothers and both my two first cousins each set up their own accounts. So that’s an R number of four, but in a good sense. We based all our models on this R number 1.2 and even with just one point, as people per family start their own family, it’s immense the sort of virality of it once it starts kicking in.

MM: How was launching an app during the pandemic?

MB: It’s randomly been a really good time to start a business like this, as for long periods we’ve been locked down. There’s been a lot of long hours and a lot of long meetings but we’ve been super-efficient. We’ve got investors all over the world, but you’re at home at your desk. So if you need to be up late, you’re up late and if you need to be up early, you’re up early. Being able to work under these conditions, where you haven’t left your house all day or moved away from your desk became normal, as everyone was in the same position.

MC: We’d already had the idea for Kin about six months before the pandemic. But when COVID-19 kicked in, we thought ‘Families are scared. They can’t see each other. They want to share love and leave messages’. We realised we had to bring this now. We then raised the money within about a month or so.

MB: I think the pandemic has also made people aware of how important family is. We’ve all suffered over the last couple of years in one way or another and I think those close connections have been improved and solidified. I think that’s going to have a lasting effect. 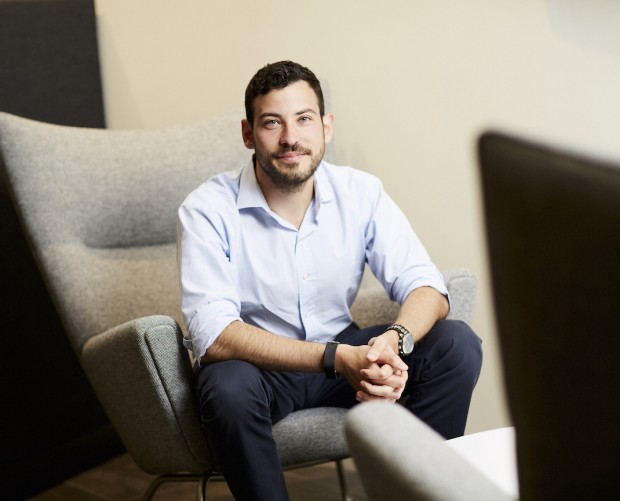 Talking Mobile with Filter Off 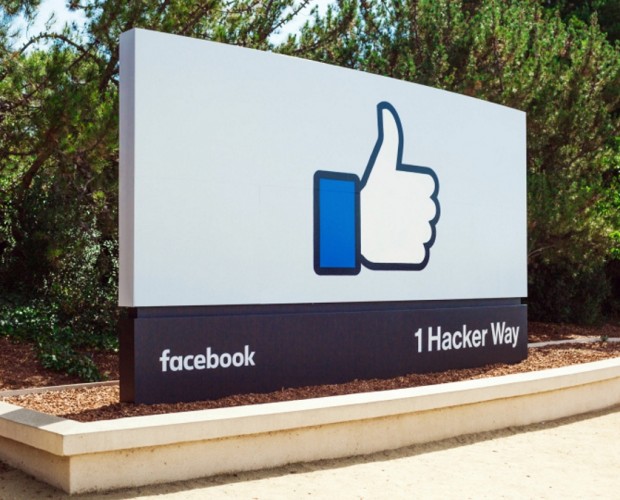 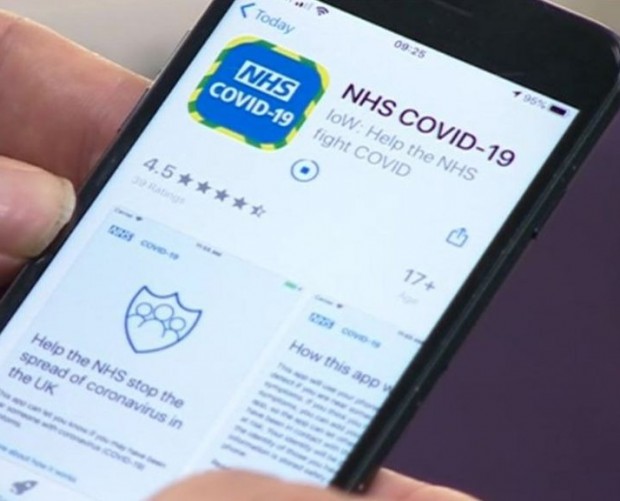 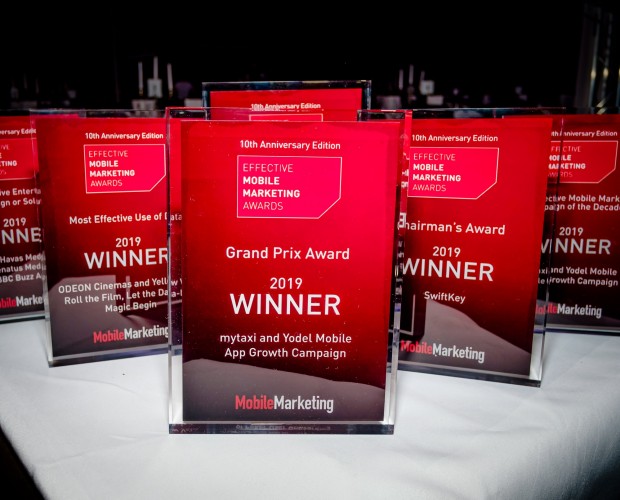 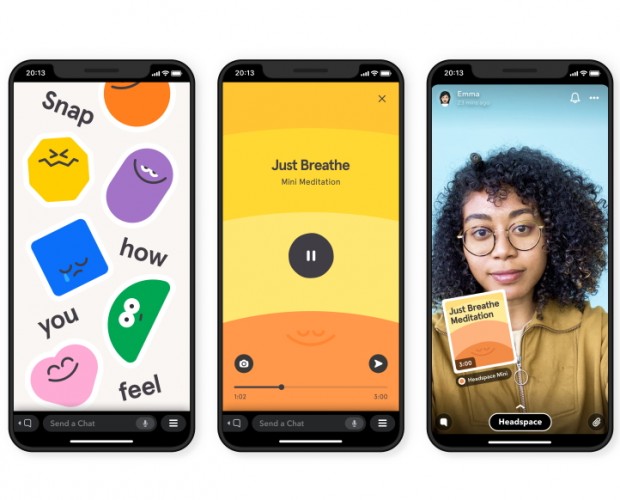