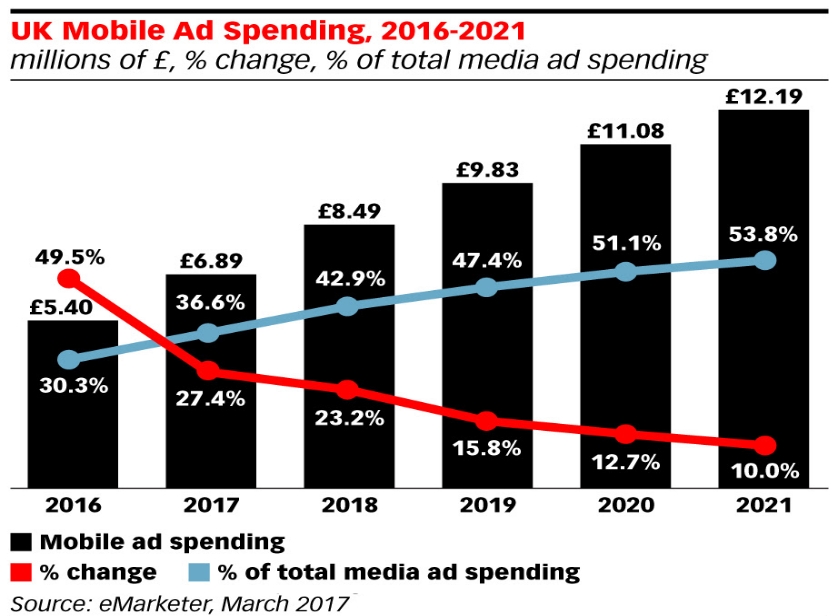 The UK’s mobile ad spending is set to reach nearly £7bn this year – going on to represent 36.6 per cent of the UK’s media ad investment by the close of the year.

In 2016, mobile ad investment surpassed desktop for the first time – with mobile ad outlays growing by 49.5 per cent to 5.4bn, compared to £4.41bn spent on desktops.

eMarketer also predicts that Google will gain the largest share of UK digital ad revenues in 2017, with a 40.7 per cent share, followed by Facebook at 16.4 per cent.

“Google still attracts the lion’s share of digital ad spend in the UK,” said eMarketer’s UK senior analyst Bill Fisher. “However, Facebook is seeing strong growth thanks to investments in video and a stellar performance from Instagram.”