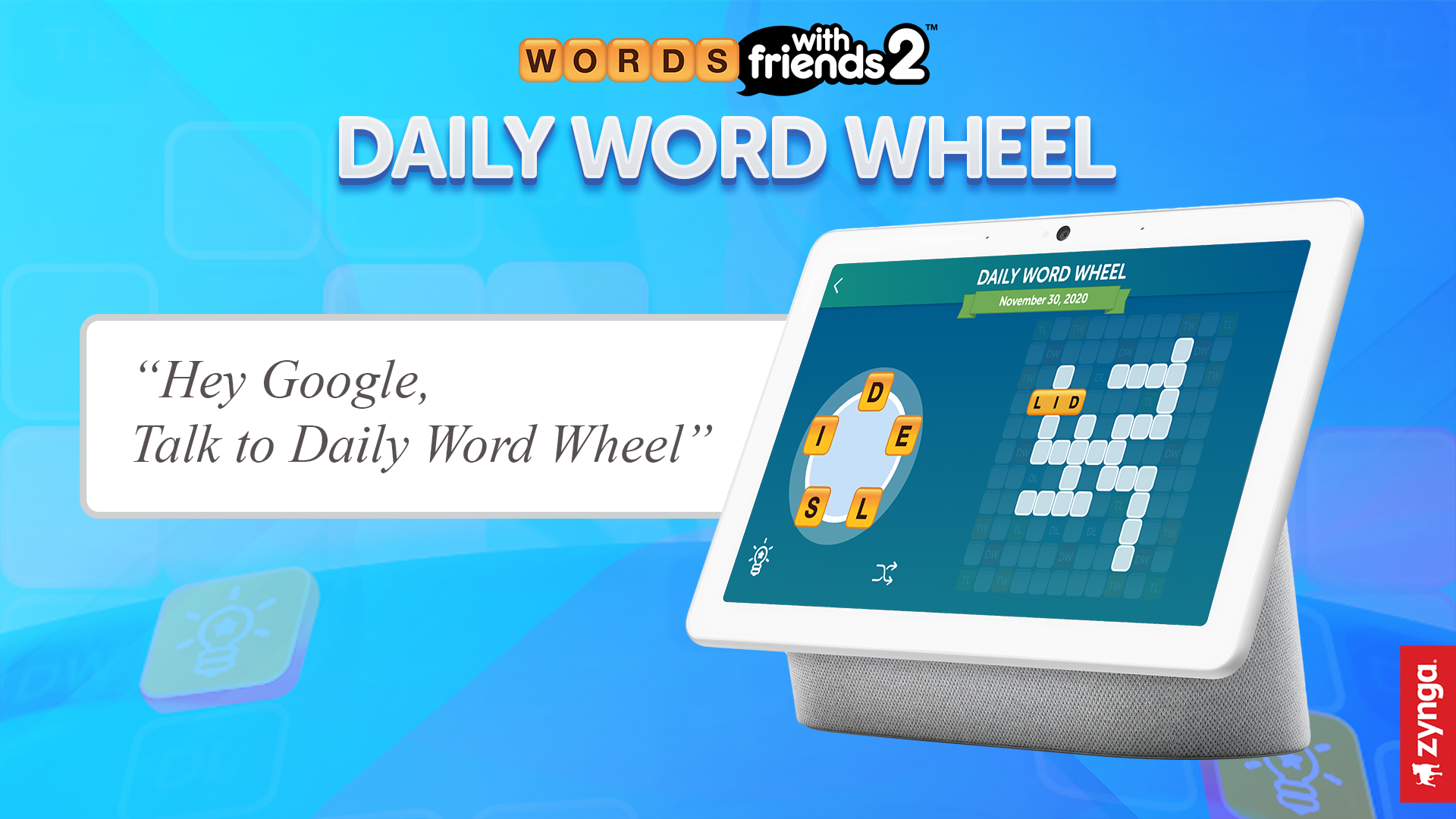 Game developer Zynga has announced the launch of Daily Word Wheel, a voice-based puzzle game based on Words With Friends, exclusively for Google Nest Hub devices.

Each day, Daily Word Wheel will present players with a new anagram puzzle in the style of Words With Friends. In the game, players are given a five-letter word bank from which they need to create as many word combinations as possible. To enter words, players can say or spell the words using voice commands on their Google Nest devices or use the touch screen to make word attempts. They can also use voice commands to ask for hints, shuffle the letter bank or receive instructions.

“As gaming continues to evolve, franchises are becoming more universal and less dependent on any specific platform, opening up new opportunities and technologies that expand the reach of our games,” said Bernard Kim, President of Publishing at Zynga. “We’re thrilled to partner with Google on Daily Word Wheel, which proves that a fun game experience can transcend any single platform.”